The fastest way for President-elect Joe Biden to begin cutting planet-heating emissions will likely be through regulation, as Republicans look poised to keep control of the Senate, dimming hopes of Congress passing sweeping climate legislation.

But three rules the Environmental Protection Agency is on course to finalize before the Jan. 20 inauguration could slow the incoming Biden administration’s efforts with procedural snags and by providing legal avenues for companies to challenge new limits on pollution.

Another proposed rule, expected in the coming weeks, would limit the agency’s ability to consider the co-benefits regulations on air pollution offer, such as fewer deaths and sick days, giving more weight to concerns over the compliance costs to industry.

The Trump EPA may push to make those two rules effective immediately, steeling them against the post-inauguration memorandum in which Biden would be able to halt and quash last-minute regulations that had yet to take effect.

The third rule, set to go into effect on Nov. 18, will change the EPA’s procedures on dealing with guidance documents ― its interpretations of the agency’s legal mandate under laws passed by Congress. Under the new rule, EPA will be required to respond to any request to rescind, reinstate or modify any guidance ever issued within 90 days or face lawsuits that one former official warned would “paralyze” the agency. 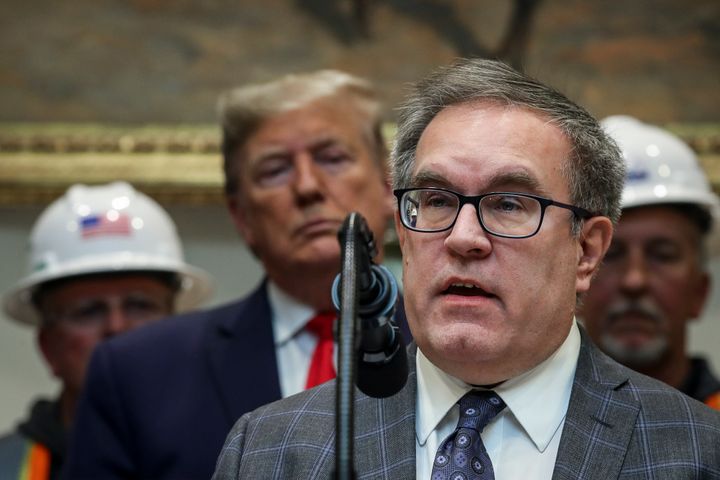 “All three of these rules are litigation bait for industry,” said Andrew Rosenberg, director of the Union of Concerned Scientists’ Center for Science and Democracy. “They give industry many more opportunities to challenge rules that would protect the public.”

The EPA said it plans to enact all three rules by the end of December.

“We are confident by years end Americans will have greater access to the scientific data, cost information, and underlying guidance that drives Agency actions,” James Hewitt, an EPA spokesperson, said in an email. “Any administration should support the transparency and clarity that will be facilitated by these rules are an excellent foundation for good governance and public trust.”

Reversing the three rules should be a top priority for the Biden administration, said Elizabeth “Betsy” Southerland, the former science and technology director of the EPA’s Office of Water who spent three decades at the agency.

“They need to get those off the record immediately,” she said.

The new administration will have legal options. Democratic state attorneys general and environmental groups are expected to sue to block the first two rules. The Biden Department of Justice would likely decline to defend the rules.

Regardless, he said revoking the rules “is basically a done deal.”

“None of this will last,” Gerrard said. “It’s almost gratuitous obstructionism by a defeated administration to try to throw speed bumps in the way of progressive action.”

Another, possibly faster option to the efforts in courts would be to ask Congress to revoke the rules under the Congressional Review Act (CRA). But doing so would eliminate the EPA’s legal authority to make similar rules in the future. If Democrats controlled both chambers of Congress, Biden’s allies could cancel the rules under the law and pass subsequent legislation restoring the agency’s mandate. But a GOP-controlled Senate makes that unlikely.

“The CRA is a dangerous instrument,” Rosenberg said. “It’s just a bad law.”

In the face of mounting environmental crises, Biden’s pick to head the EPA will likely spend much of their first few years in the post reversing several regulatory rollbacks that have been a hallmark of the Trump administration and seeking to attract scientists and researchers who quit amid meddling by Republican political appointees.

By the time any of those changes could come into effect, the pending procedural rules will almost certainly be off the books.

To take effect, the regulations on science transparency and public health co-benefits will need to be published on the Federal Register under a certain timetable, and that could be delayed in favor of other agencies seeking to cement last-minute rules.

“The question is who’s going to throw their weight around ― another agency might take precedence and pages away from EPA,” said Ann Weeks, the legal director at the nonprofit Clean Air Task Force. “Publication in the Federal Register is one of those mysteries that we all try to divine.”

The third rule ― the one on guidance ― could either be revoked through the courts if it faces a legal challenge or rescinded through the rulemaking process, Gerrard said.

“The next administration is not going to have a problem” getting rid of the regulations, said David Hayes, the executive director of New York University School of Law’s State Energy & Environmental Impact Center. “These rules are not consistent with the law.”