Tony Abbott is “not fit” to be handed a top role in UK trade because of alleged homophobic and sexist comments, senior LGBT figures including Sir Ian McKellen and charities like Stonewall have said.

The government is being urged not to appoint the ex-Australian prime minister as a senior adviser over the remarks and other controversial comments on coronavirus and climate change.

Mr Abbott has been recommended to join the UK’s board of trade by International Trade Secretary Liz Truss, but Downing Street will not confirm if he has been accepted. 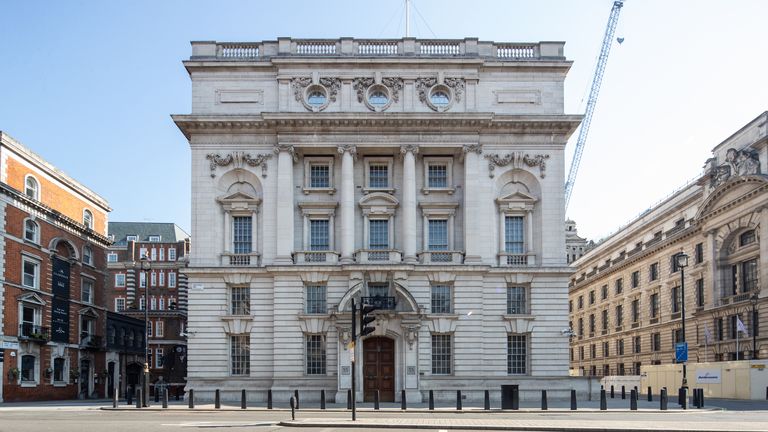 He has been visiting London this week and did not downplay suggestions he was being lined up for the top job, only saying he could not comment on positions that are “not yet official”.

After senior ministers defended the potential appointment, a group of cross-party politicians and LGBT organisations upped pressure on the government not to give the job to Mr Abbott.

They say he described himself as being “threatened by homosexuality” and “vigorously” campaigned against legalising same-sex marriage in Australia.

Other reported comments include calling abortion “the easy way out” and saying men are “more adapted to exercise authority”.

The signatories, including Tory peer Lord Hayward, screenwriter Russell T Davies, Peter Tatchell, co-chair of Pride in London Alison Camps and dozens more, say his views should be rejected by a government that has an “outward-looking future for Britain”. Rachel McClelland, an activist and filmmaker who organised the letter, told Sky News seeing ministers defend Mr Abbott left “me and many other activists with our heads in our hands”.

She said: “This uninspired appointment should never have been made and it’s now been days of relentless media coverage about exactly that.

“If Number 10 are hoping they can hide and make it go away, they’re wrong.

“This is another example of the culture at Downing Street, which has now serially hired civil servants with atrocious views in an attempt at ‘neurodiversity’.

“If Dominic Cummings wants to talk diversity, how about he invites more women, BAME, and LGBT+ people to the table – and ensure that cock-ups like this are a thing of the past.”

Julia Gillard, another former Australian prime minister who famously branded Mr Abbott a misoygnist in parliament in 2012, told Sky News “I stand by every word of it”.

But Mr Abbott’s sister, Christine Forster, has defended him, saying “as a woman who has always been part of his life and who came out to him as gay in my early 40s, I know incontrovertibly” that he is not homophobic or sexist.

“In reality he is a man of great conviction and intellect: an unabashed conservative but with great compassion, respect for others and an incredible sense of doing what is right,” she tweeted.

“Tony would be an outstanding trade envoy for the UK, based on his track record as prime minister of delivering our three long-awaited and important trade deals with Japan, China and South Korea.”

Health Secretary Matt Hancock, who wore an NHS badge with the LGBT+ rainbow badge in his interview with Sky News on Thursday, declined to condemn any of Mr Abbott’s alleged homophobia and sexism, saying that “he’s also an expert in trade”.

Prime Minister Boris Johnson’s spokesman insisted “no decision” has been taken and refused to comment on the “political debate”.

Number 10 and the Department for International Trade have both been contacted for comment.