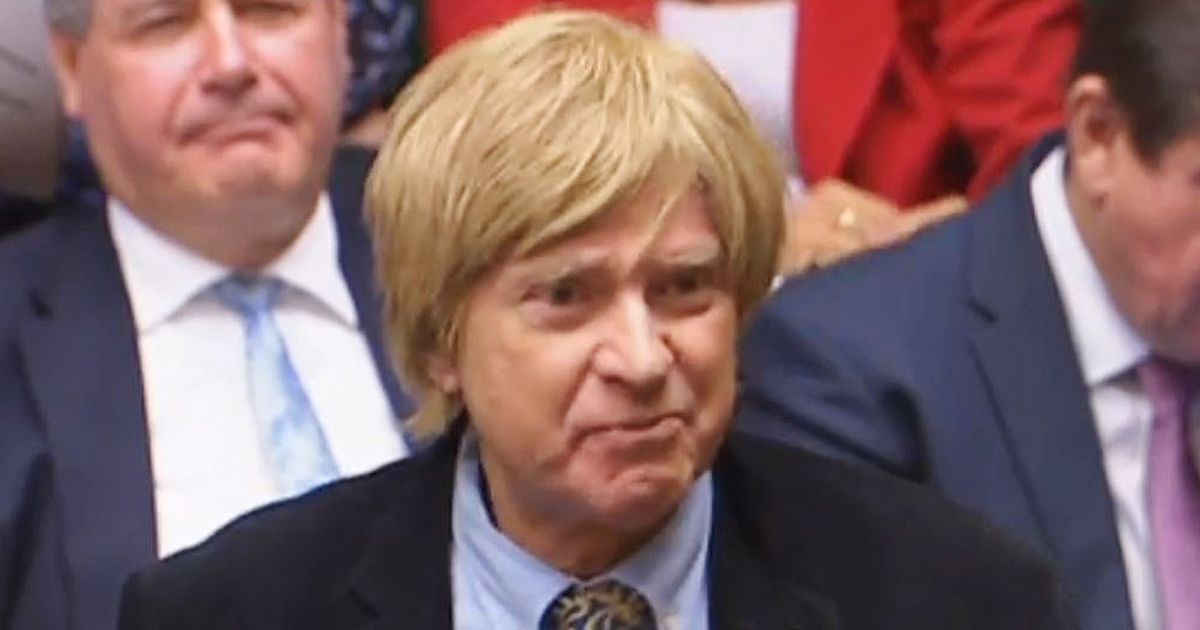 A senior Tory MP has apologised for tweeting a cartoon showing London Mayor Sadiq Khan depicted as a naked pig.

Backbencher Michael Fabricant – who has appeared on TV shows Have I Got News For You and First Dates -shared the crude image.

It suggested Donald Trump had rigged up a blimp of two pigs having sex, with one pig displaying the face of Mr Khan, a Muslim.

The cartoon showed laughing Mr Trump in front of Parliament with the pig blimps tethered behind the Palace of Westminster, as Mirror Online reported yesterday.

And Mr Khan told LBC Radio: “I would expect that if a member of a mainstream party who is an MP to have tweeted what he tweeted, his party would take action against him.”

Today, an enormous blimp depicting Donald Trump as a crying baby flew in the skies above Westminster, in a protest sanctioned by Mr Khan.

Ahead of the protest, Mr Fabricant shared the tweet, commenting: “Well, what can I say?”

He deleted it after a public outcry.

Labour MP Stephen Doughty said: “Surely Fabricant will have to be suspended for sharing this openly racist cartoon.”

Today, Fabricant tweeted an apology, saying he had “accidentally tweeted a vile picture”, which had been sent to him by someone he trusted.

“Because I was distracted in a meeting and saw it on a small iPhone I didn’t spot what it really was,” he claimed.

“When I saw the picture, I thought it was just a funny cartoon of a flying pig doing something to the baby Trump blimp.

"This followed on from my remarks on TV about the hypocrisy of the anti-Trump demos and the ridiculous blimp.

“Instead, it was something quite different and very nasty. Once I realised what it was, I deleted it. All within a couple of minutes or so.”

He added that he had found it “particularly galling as I am a socially liberal Conservative”.