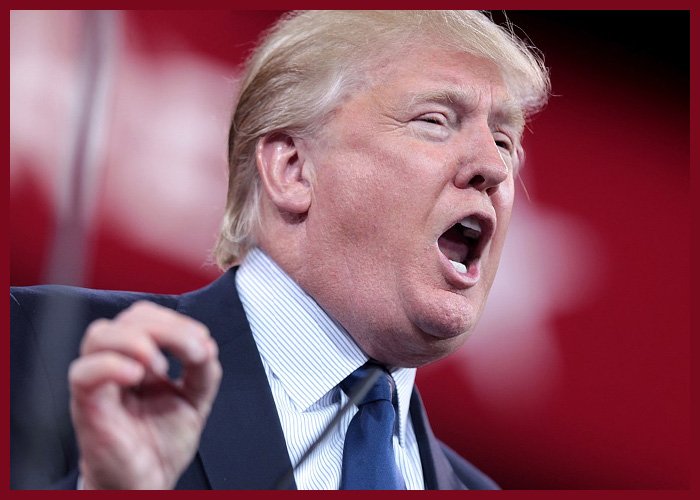 Once again going after one of his favorite targets, President Donald Trump attacked the media’s coverage of his meeting with Russian President Vladimir Putin and the recent NATO summit in a pair of posts to Twitter on Tuesday.

“While I had a great meeting with NATO, raising vast amounts of money, I had an even better meeting with Vladimir Putin of Russia,” Trump tweeted. “Sadly, it is not being reported that way – the Fake News is going Crazy!”

Trump has received considerable criticism for his performance during a press conference with Putin in which he appeared to side with the Russian president over the U.S. intelligence community.

Members of the media have attacked Trump’s performance, although lawmakers from both sides of the aisle have also had harsh words for the president.

In an earlier tweet, Trump claimed the media has focused on his criticism of U.S. allies at the NATO summit rather than his efforts to convince members to increase defense spending.

“I had a great meeting with NATO. They have paid $33 Billion more and will pay hundreds of Billions of Dollars more in the future, only because of me,” Trump tweeted.

“NATO was weak, but now it is strong again (bad for Russia),” he added. “The media only says I was rude to leaders, never mentions the money!”

Following the summit, Trump claimed tremendous progress had been made in convincing allies to increase defense spending, although other world leaders raised questions about his assertions.

French President Emmanuel Macron indicated that the NATO members only agreed to live up to their current spending commitments.

A joint communiqué noted NATO members would follow through on plans to spend at least 2 percent of GDP on defense by 2024, a goal set more than two years before Trump was elected president.