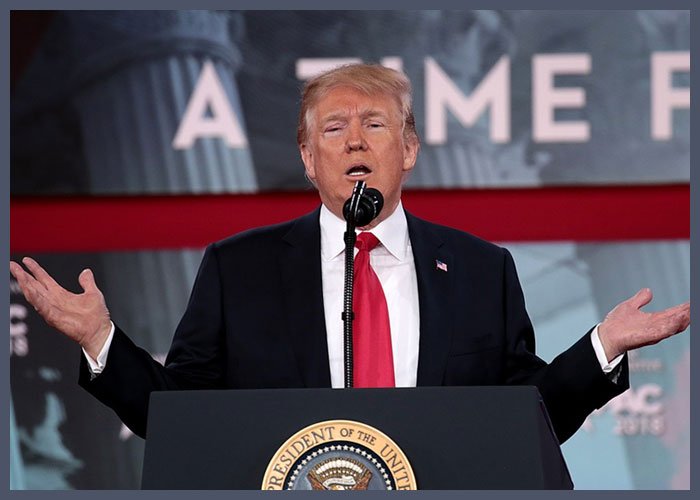 Trump Calls "Fake News" The "Real Enemy Of The People"

President Donald Trump continued his nearly constant attacks on the media in several posts on Twitter on Thursday, claiming so-called “fake news” is the “real enemy of the people.”

Trump has frequently described reports critical of him or his administration as “fake news,” often singling out prominent news organizations such as CNN and the New York Times.

“The Summit with Russia was a great success, except with the real enemy of the people, the Fake News Media,” Trump tweeted, referring to his controversial meeting with Russian President Vladimir Putin.

Trump said he looks forward to a second meeting with Putin to begin implementing some of the things discussed at the summit on Monday.

“There are many answers, some easy and some hard, to these problems…but they can ALL be solved!” Trump tweeted.

In an earlier tweet, Trump claimed the “fake news media” wants to see a confrontation with Russia that could lead to war.

“The Fake News Media wants so badly to see a major confrontation with Russia, even a confrontation that could lead to war,” Trump tweeted.

“They are pushing so recklessly hard and hate the fact that I’ll probably have a good relationship with Putin,” he added. “We are doing MUCH better than any other country!”

The president also accused the “fake news media” of making up stories about him and members of his administration.

“The Fake News Media is going Crazy! They make up stories without any backup, sources or proof,” Trump tweeted. “Many of the stories written about me, and the good people surrounding me, are total fiction.”

“Problem is, when you complain you just give them more publicity,” he added. “But I’ll complain anyway!”

The latest tweets come as Trump’s performance during a press conference with Putin attracted considerable criticism from members of the media, although lawmakers from both sides of the aisle have also had harsh words for the president.