The tweet is the latest broadside against Fed Chairman Jerome Powell and other central bank leaders that Trump claims are keeping the U.S. economy from growing at a faster rate.

"The Federal Reserve should get our interest rates down to ZERO, or less, and we should then start to refinance our debt," Trump tweeted Wednesday. "INTEREST COST COULD BE BROUGHT WAY DOWN, while at the same time substantially lengthening the term. We have the great currency, power, and balance sheet."

"The USA should always be paying the the lowest rate," he continued. "No Inflation! It is only the naïveté of Jay Powell and the Federal Reserve that doesn’t allow us to do what other countries are already doing. A once in a lifetime opportunity that we are missing because of 'Boneheads.'"

Last month, Trump wondered who was a bigger enemy to the U.S.: Chinese President Xi Jingping or Powell. The president nominated Powell for his current position in 2017.

Powell has maintained that the U.S. central bank is free from political influence — despite the frequent attacks from Trump.

"We're completely and totally focused on our jobs," Powell said while speaking at the University of Zurich last week. "I think, just to understand, I feel like the Fed’s a very important American institution. The things we do affect people’s lives. And we're going to focus on using our tools to do the best job we can to do the job that Congress has given us under the law." 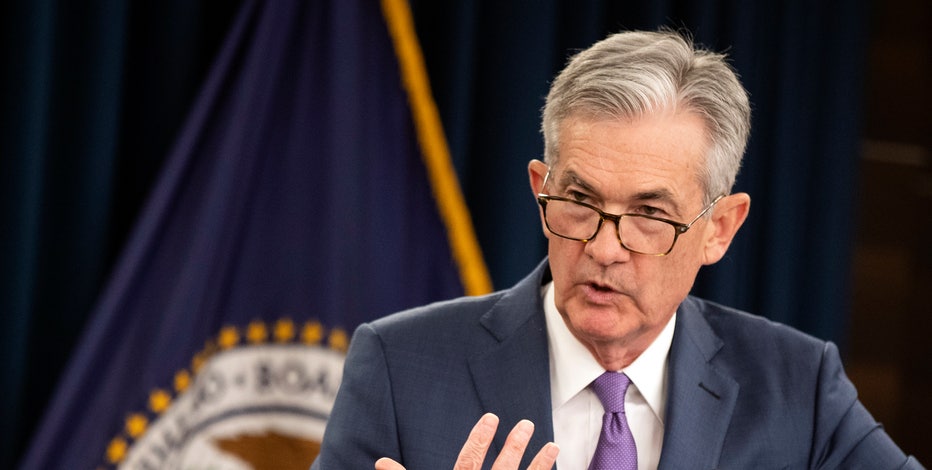 For his part, Powell has said that low inflation and trade tensions between the U.S. and China are slowing the economy, but that he doesn't see a recession on the horizon. Fed officials are widely expected to lower the benchmark federal funds rate by another quarter-point during their meeting later this month. The bank cut interest rates for the first time since the 2008 financial crisis in July.

"We're going to act as appropriate to sustain the expansion," Powell said.

Germany sold 30-year bonds at a negative interest rate for the first time in August. The bonds pay no coupon interest at all, yet bidders at the auction were willing to pay more than the face value they would receive back when the bonds mature. The bidding was primarily driven by fears of a financial downturn in Europe. Trump said current interest rates put the U.S. at a disadvantage against Germany.