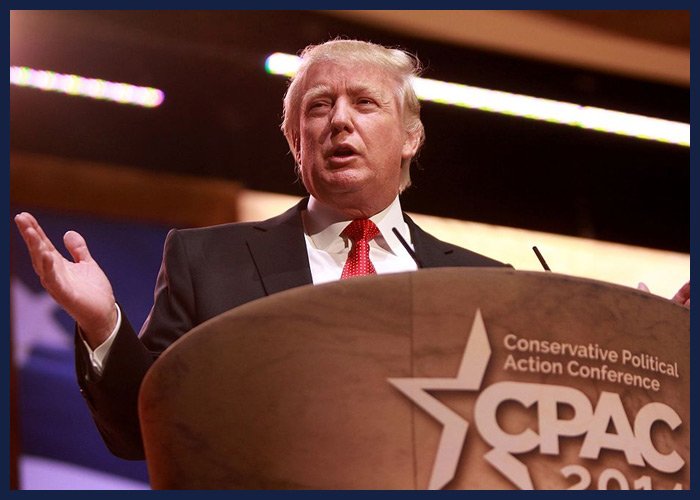 Previous presidents have largely refrained from commenting on the Federal Reserve’s monetary policy, but President Donald Trump once again addressed the issue in posts on Twitter on Friday.

“The United States should not be penalized because we are doing so well,” Trump tweeted. “Tightening now hurts all that we have done.”

He added, “The U.S. should be allowed to recapture what was lost due to illegal currency manipulation and BAD Trade Deals. Debt coming due & we are raising rates – Really?”

In an earlier tweet, Trump accused China, the European Union and others of artificially keeping their currencies and interest rates low.

“China, the European Union and others have been manipulating their currencies and interest rates lower, while the U.S. is raising rates while the dollars gets stronger and stronger with each passing day – taking away our big competitive edge. As usual, not a level playing field,” Trump tweeted.

The tweets from Trump come after he said in an excerpt of an interview with CNBC’s Joe Kernen that aired Thursday that he is “not thrilled” with rate hikes by the Fed.

“I’m not thrilled,” Trump said. “Because we go up and every time you go up they want to raise rates again. I don’t really — I am not happy about it.”

At the same time, Trump noted he is letting the Fed do “what they feel is best,” and a subsequent statement from the White House claimed the president respects the independence of the central bank.

“As he said he considers the Federal Reserve Board Chair Jerome Powell a very good man and that he is not interfering with Fed policy decisions,” the statement said.

The White House added, “The President’s views on interest rates are well known and his comments today are a reiteration of those long held positions, and public comments.”

Trump appeared to acknowledge in the interview that sitting presidents have rarely criticized the Fed but said he “couldn’t care less what they say, because my views haven’t changed.”

The Fed is scheduled to hold a two-day meeting policy meeting on July 31st and August 1st, with the central bank widely expected to leave interest rates unchanged.

After raising rates twice this year to the current range of 1.75 to 2 percent, the Fed has signaled two more rate hikes before the end of the year.

In the interview with CNBC that aired in full on Friday, Trump also indicated a willingness to impose tariffs on all Chinese imports to the U.S.

“I’m not doing this for politics, I’m doing this to do the right thing for our country,” Trump said. “We have been ripped off by China for a long time.”

Trump argued the strength in the stock market since his election has allowed him to be more aggressive on trade, claiming, “We’re playing with the bank’s money.”

In a subsequent post on Twitter on Friday, Trump claimed terrible trade deals with other countries are hurting U.S. farmers.

“Farmers have been on a downward trend for 15 years. The price of soybeans has fallen 50% since 5 years before the Election,” Trump tweeted.

“A big reason is bad (terrible) Trade Deals with other countries,” he added. “They put on massive Tariffs and Barriers. Canada charges 275% on Dairy. Farmers will WIN!”