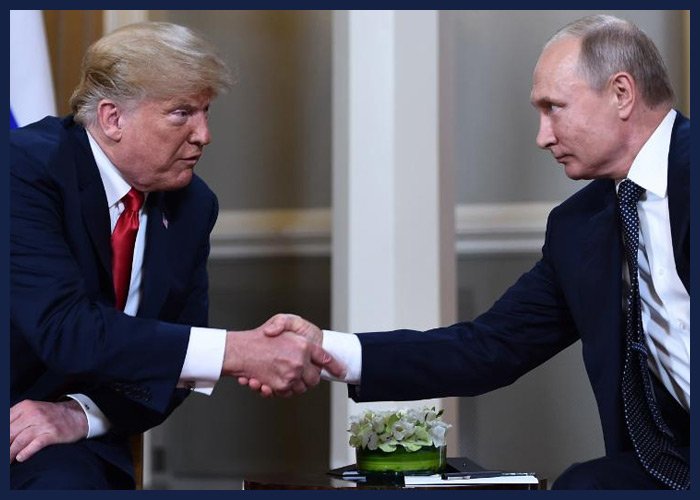 Trump To Invite Putin To Washington

President Donald Trump has described his meeting with Russian President Vladimir Putin as a “great success” and despite widespread criticism appears ready for round two.

Ground work for another summit between the two leaders in Washington later this year is underway, the White House said. The news was broken by White House press secretary Sarah Sanders in a post on Twitter on Thursday.

“In Helsinki, @POTUS agreed to ongoing working level dialogue between the two security council staffs. President Trump asked @Ambjohnbolton to invite President Putin to Washington in the fall and those discussions are already underway,” Sanders tweeted.

However, the announcement came as a surprise to Trump’s Director of National Intelligence Dan Coats, who learned of the proposed invitation during a live interview at the Aspen Security Forum in Colorado. “That’s going to be special,” Coats told the host.

Trump has drawn considerable criticism for his performance in a press conference with Putin after their meeting in Helsinki on Monday. He appeared to side with the Russian president over the U.S. intelligence community on the issue of Russian meddling in the 2016 election.

Trump has subsequently sought to clarify his remarks, stating he accepts the intelligence community’s conclusion that Russia meddled in the election.

Senate Minority leader Chuck Schumer, D-N.Y., is demanding the notes from the two-hour-long private talks Trump had with his Russian counterpart in the Finnish capital, where only the two leaders and their interpreters were present.

“Until we know what happened at that two hour meeting in Helsinki, @realDonaldTrump should have no more one-on-one interactions with Putin. In the United States, in Russia, or anywhere else,” Schumer tweeted on Thursday.

In an earlier tweet, in an apparent reference to Trump giving Putin a pass over Russia’s alleged meddling in the U.S. presidential election, the New York Senator made a pun at the U.S. President.

“For those keeping score at home this week: Pres. Putin: 3 Pres. Trump: 0 Biggest Loser: the American people and our election security,” Schumer tweeted.