Former President Donald Trump may have to testify in court to address claims that his personal bodyguards assaulted protesters outside Trump Tower in 2015, following a Tuesday court ruling cited by The Daily Beast and the New York Post.

On September 3, 2015, a group of demonstrators heckled Trump outside Trump Tower in New York City, saying the then-president candidate was peddling racist narratives about Mexican immigrants.

Trump’s security detail approached the group and were filmed manhandling several members, and wresting placards from them.

On September 9, 2015, five of the protesters sued Trump, the Trump Organization, the Trump 2016 campaign, and several members of Trump’s security detail.

According to the complaint, Keith Schiller, a member of Trump’s security detail, hit protester Efrain Galicia “with a closed fist on the head” so hard that it caused him “to stumble backwards,” The Daily Beast reported.

The complaint also alleged that another guard “placed his hands around Galicia’s neck in an effort to choke him,” The Daily Beast reported.

In September 2019, Judge Doris M. Gonzalez summoned Trump to testify as part of proceedings, saying Trump’s testimony was “indispensable,” The Washington Post reported at the time.

The president’s lawyers subsequently asked Gonzalez to excuse Trump, but the judge denied their request. Trump’s lawyers then appealed in 2019, arguing that he was a sitting president.

But a court in New York’s Appellate Division denied that request Tuesday, saying he is no longer in office.

“This appeal concerning the proper standard for determining whether a sitting President may be compelled to give videotaped trial testimony about unofficial acts in a civil action against him or her is moot given that the rights of parties will not be directly affected by our determination,” the Appellate court said, according to The Daily Beast.

This means Trump would have to testify in person if called upon.

Benjamin N. Dictor, an attorney for the protesters, said: “We are pleased with the Appellate Division’s decision and look forward to presenting Mr. Trump’s testimony at trial, as would be expected from any adverse party in litigation,” according to The Daily Beast.

“We look forward to Mr. Trump appearing at trial to defend against the assault and battery claims being made by the our clients,” said Nathaniel Charny, another plaintiff lawyer, told the New York Post. 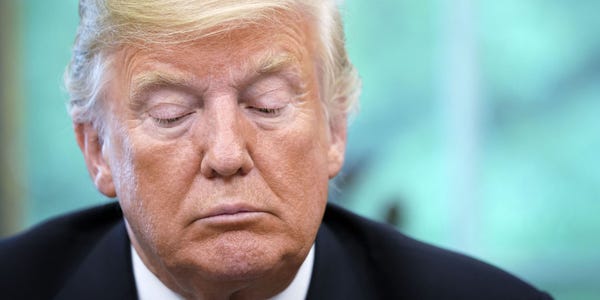 The protesters gathered outside Trump Tower were trying to draw attention to a series of derogatory comments made by the presidential candidate, such as that Trump had called Mexicans “rapists” who were “bringing drugs” and “bringing crime” to America in June 2015.

Galicia told the New York Post at the time: “They pushed me around. We brought all our banners. We know the law. We know we can protest along the sidewalk.”