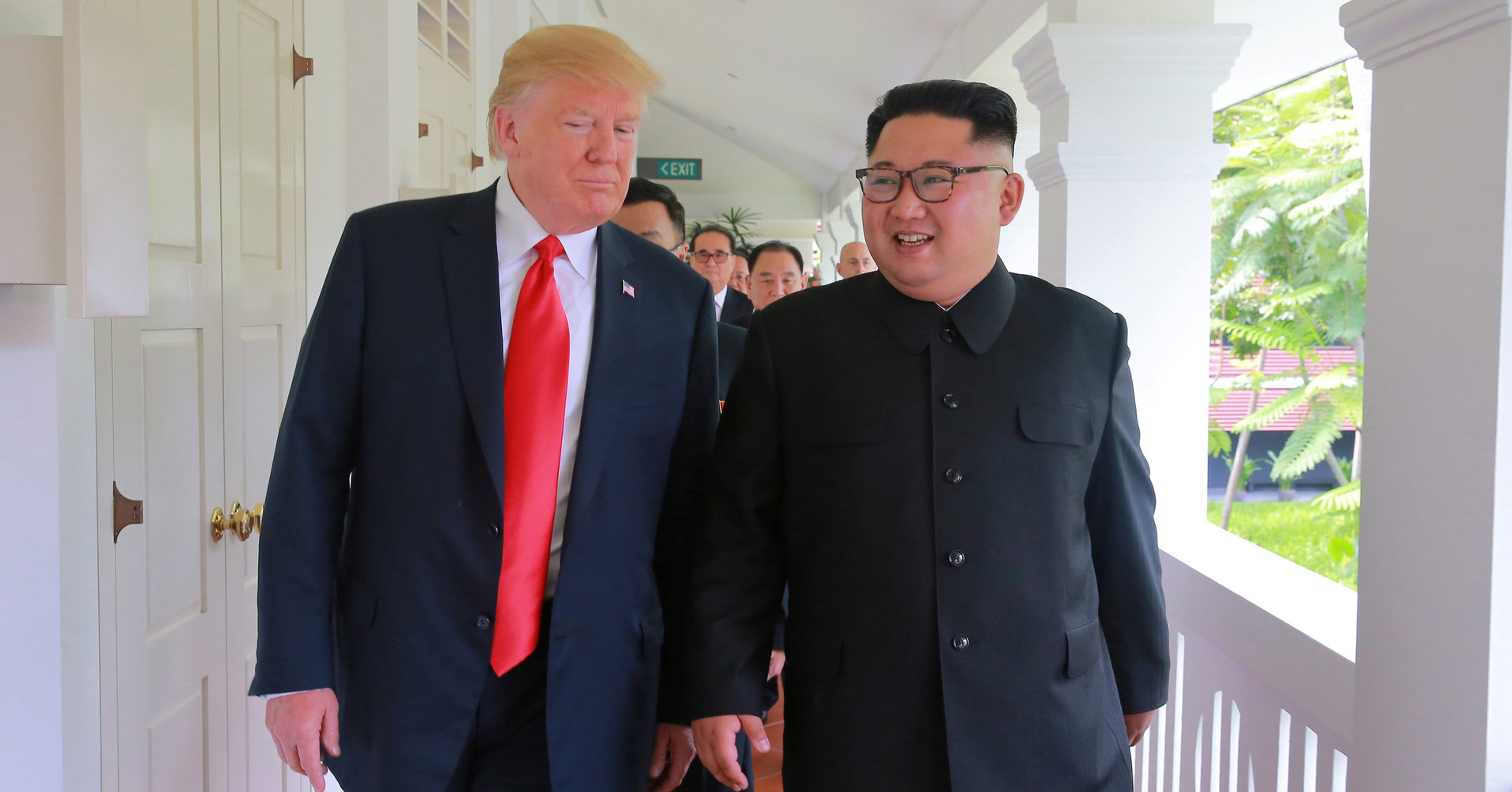 Donald Trump just can’t quit Kim Jong Un, despite North Korea calling denuclearization talks with the U.S. “regrettable” on Saturday and various other signs that the country has no intention of giving up its entire nuclear stockpile.

But Trump keeps insisting that he and “Rocket Man” have a budding friendship that knows no bounds.

Case in point: On Thursday, the U.S. president posted a letter from the North Korean dictator as evidence that “great progress” was being made between the two countries.

The significant first meeting with Your Excellency and the joint statement that we signed together in Singapore 24 days ago was indeed the start of a meaningful journey.

I deeply appreciate the energetic and extraordinary efforts made by Your Excellency Mr. President for the improvement of relations between the two countries and the faithful implementation of the joint statement.

I firmly believe that the strong will, sincere efforts and unique approach of myself and Your Excellency Mr. President aimed at opening up a new future between the DPRK and the U.S. will surely come to fruition.

Wishing that the invariable trust and confidence in Your Excellency Mr. President will be further strengthened in the future process of taking practical actions, I extend my conviction that the epochal progress in promoting the DPRK-U.S. relations will bring our next meeting forward.

Although Trump may have been delighted by the letter, Twitter users weren’t impressed.

Some people tried to see the positive side.

One observer pointed out that Trump would have likely criticized his response to North Korea had it been the reaction of another president.

Finally, one guy noted that Trump had more pressing issues with Kim than something lame like denuclearization.