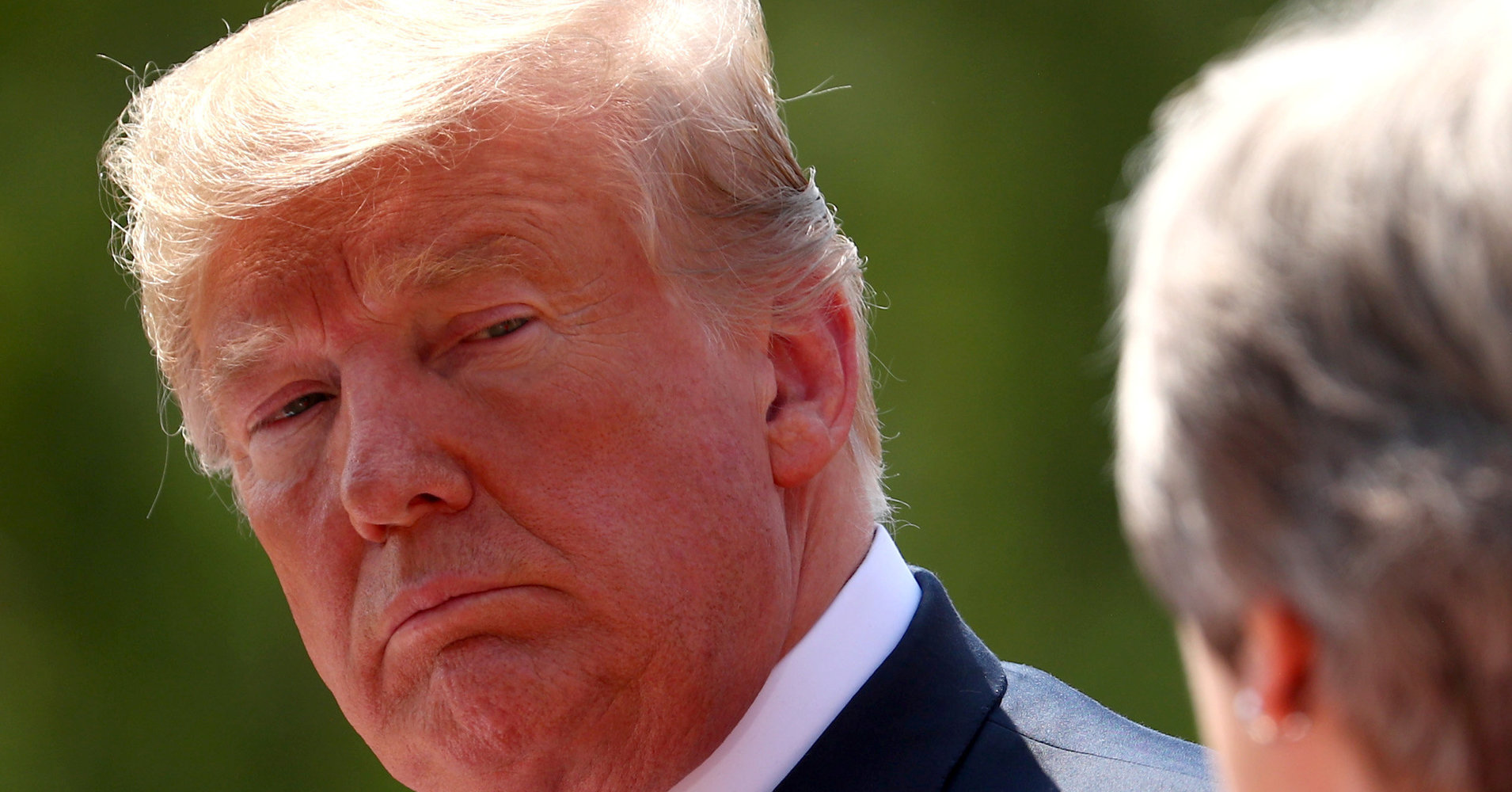 U.S. President Donald Trump boasted before the world and British Prime Minister Theresa May on Friday that he’d predicted the Brexit decision at his Turnberry golf resort in Scotland the day before the historic vote.

One problem: Trump arrived at Turnberry the day after the vote.

It was one of several of Trump’s “towering, easily debunked lies” during his appearance in the U.K., The Guardian said.

“As you remember, I was opening Turnberry the day before Brexit,” Trump recounted, as you can hear in the video above. “I said Brexit will happen, and it did happen. And then we cut the ribbon.”

Trump said the same thing in his controversial interview with The Sun. “I predicted Brexit. I was cutting a ribbon for the opening of Turnberry — you know they totally did a whole renovation, it is beautiful — the day before the Brexit vote,” Trump recalled. “I said, ‘Brexit will happen. The vote is going to go positive, because people don’t want to be faced with the horrible immigration problems that they are being faced with in other countries.’”

BBC reporter Jon Sopel initially pointed out Trump’s “bizarre” gaffe on Twitter. He then got into a tweet tiff with Melania Trump’s spokeswoman Stephanie Grisham, who insisted on backing up the president’s version of events.

The debate ended when BuzzFeed reporter Ellie Hall posted a tweet from Grisham herself about Trump’s arrival at Turnberry — the day after the vote.

There was no further response from Grisham.

It was also unlikely the Turnberry community was “going wild” over the vote, as the president stated. Sixty-two percent of Scotland voted against Brexit.