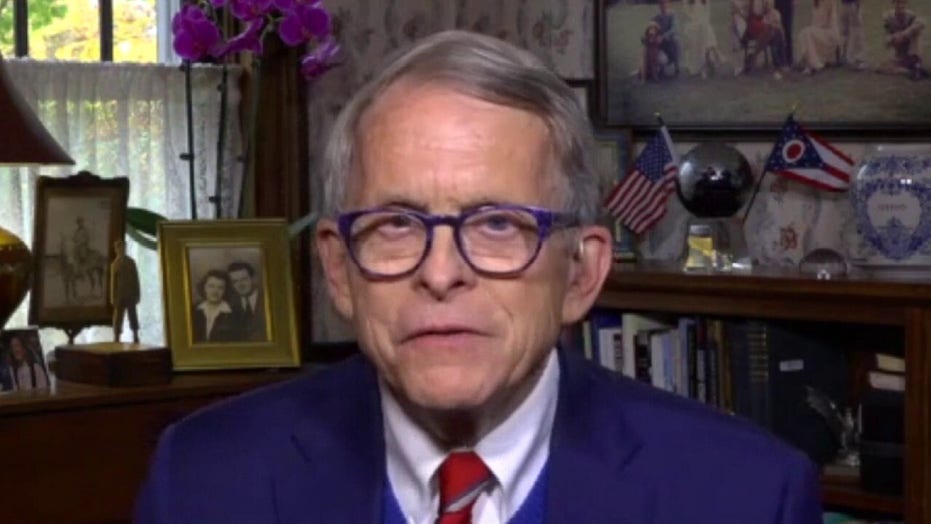 The president’s indirect attack comes one day after DeWine called Joe Biden the president-elect and said that “we need to begin” the transition between the Trump administration and the incoming Biden administration.

"Who will be running for Governor of the Great State of Ohio? Will be hotly contested!” Trump tweeted.

The president’s tweet appeared to encourage a primary challenge to DeWine when the governor’s up for reelection in 2022. Fox News reached out to the governor’s office for comment but did not receive a response at the time this article was posted.

DeWine, who’s a Trump supporter and co-chaired the president’s reelection campaign in Ohio, said in an appearance on CNN on Sunday that “the president has every right to go into court, every right to bring any kind of evidence that he has. And no one should begrudge him that or say that there is anything irregular about that.”

But he added that "on the other hand, it's clear that, certainly, based on what we know now, that Joe Biden is the president-elect. And that transition, for the country's sake, it's important for a normal transition to start through."

It was projected more than a week ago that Biden would win the state of Nevada and the commonwealth of Pennsylvania, giving the Democratic presidential nominee the electoral votes needed to defeat Trump and become president-elect. But Trump has yet to concede, as he hopes that a spate of apparent longshot lawsuits he’s filed and a couple of recounts in key states will reverse Biden’s victory.

Trump on Monday tweeted that “I won the Election!”

General Services Administration (GSA) chief Emily Murphy, who was appointed by the president, has yet to sign a letter of “ascertainment,” which until now was a mostly controversial-free process of declaring the presidential-elect the winner of the White House race, allowing access to the federal agencies, and to the funding of the transition.

Trump backed DeWine in 2018 when the Ohio attorney general and former two-term senator successfully ran for governor. But DeWine, who’s implemented strong measures to combat the coronavirus, has taken flak from the far right over his stringent measures, including a mask mandate. He was repeatedly booed when he joined the president at a Trump rally in Ohio in late September.

The tweet by the president that appears to take aim at DeWine is the latest signal that Trump intends to remain an influential and powerful force in GOP politics even after he departs the White House on Jan. 20.

DeWine was one of two Republican governors on Sunday to acknowledge Biden as president-elect and urge that the normal transition process get underway.

“I expect Joe Biden to be the next president of the United States," he said. "It is very important that [he] has access to the intelligence briefings to make sure that he is prepared,” Hutchinson said on NBC’s "Meet the Press.”

And last week GOP Gov. Chris Sununu of New Hampshire, at a briefing with reporters, said that “Joe Biden is the president-elect. And I think like most Americans, we suspect he'll be taking the oath of office in January.”