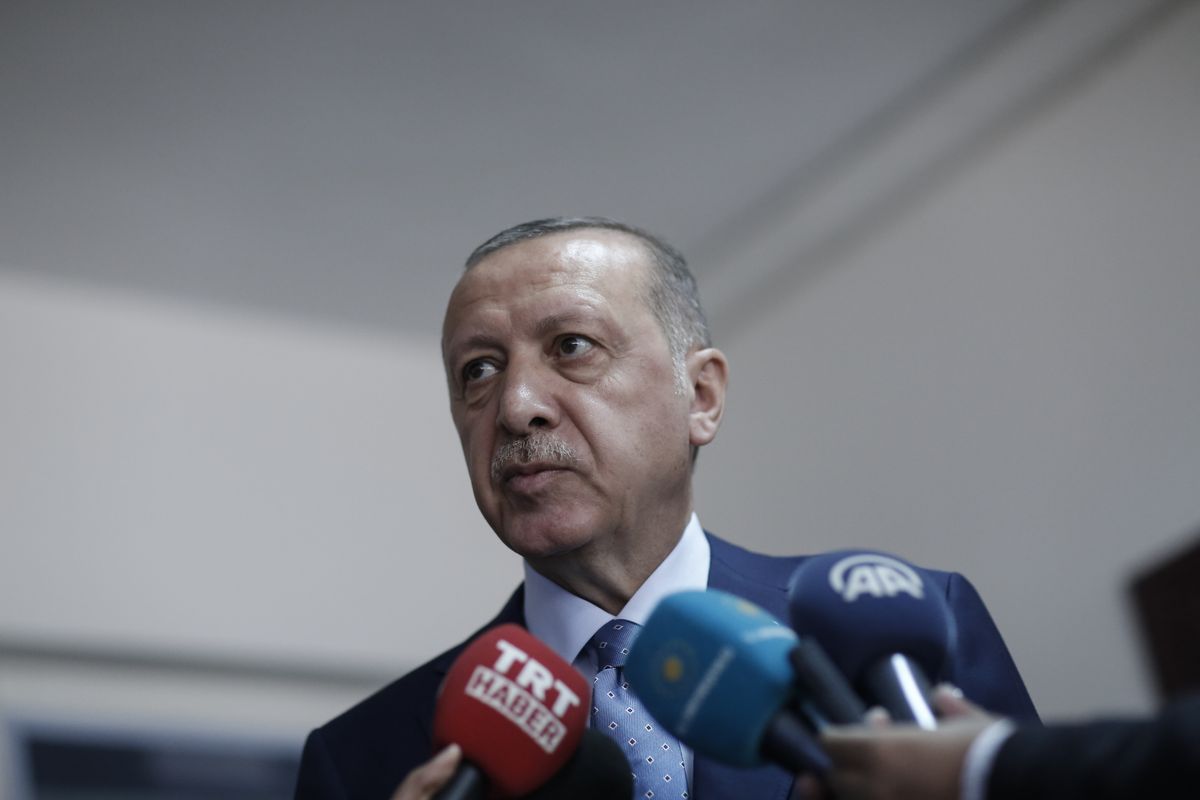 U.S. President Donald Trump said he will impose “large sanctions” on Turkey over the detention of an American pastor who’s been accused of aiding a failed 2016 coup in the country, plunging relations between the two NATO allies to a new low.

Andrew Brunson, an evangelical minister, is “a great Christian, family man and wonderful human being,” Trump said in a tweet Thursday. “He is suffering greatly. This innocent man of faith should be released immediately!”

The episode is the latest in a series of crises between the longtime allies. The U.S. slammed Turkey’s plans to buy a missile defense system from Russia, which already has raised the threat of American sanctions. The countries have also clashed over the war in Syria, where Turkey has increasingly acted in concert with Russia and Iran. President Recep Tayyip Erdogan blames the U.S. for harboring the alleged mastermind behind the coup attempt.

Neither Trump nor the White House offered any specifics about the measures that the U.S. may take or how soon they may be imposed. Officials at the Turkish embassy in Washington didn’t immediately comment.

Erdogan’s government arrested Brunson in 2016 and indicted him last year on charges of espionage and attempting to overthrow the state. He wasreleased after a year and a half in jail to house arrest on Wednesday.

Vice President Mike Pence, who said he spoke to Brunson on Wednesday, described the pastor’s move to house arrest as "a welcome first step" but "not good enough."

Secretary of State Michael Pompeo also said Wednesday that the move to house arrest was insufficient. "We have seen no credible evidence against Mr. Brunson, and we call on Turkish authorities to resolve his case immediately in a transparent and fair manner," Pompeo said in a statement.

Trump had said last week on Twitter that Turkey’s failure to release Brunson was a "total disgrace" and called on Erdogan to "do something to free this wonderful Christian husband & father."

Brunson’s detention has come at a critical time in U.S.-Turkey relations. Erdogan has been infuriated by U.S. support for Kurdish rebels in Syria who he views as linked to domestic terror groups. And his decision to purchase a Russian missile system has raised questions about Turkey’s role in the NATO alliance. Turkey has NATO’s second-biggest military.

The missile system purchase and other tensions have also prompted some U.S. Lawmakers to call for a halt in sales of the F-35 jet to Turkey, even though several key parts of the fighter are made in Turkey. Defense Secretary Jim Mattis has opposed that effort, but the House-Senate conference report on the Pentagon’s fiscal 2019 funding bill calls for sales to be delayed until a report on Turkey is completed by the Pentagon.

Turkey has also demanded the U.S. extradite Fethullah Gulen, a cleric and former Erdogan ally living in Pennsylvania, who the Turkish president blames for engineering the coup.

Trump and Erdogan, who last month won re-election in a vote that granted him broad new powers, were seen speaking at length during a gathering of NATO leaders in Brussels earlier this month.

— With assistance by Nick Wadhams, Margaret Talev, and Saleha Mohsin