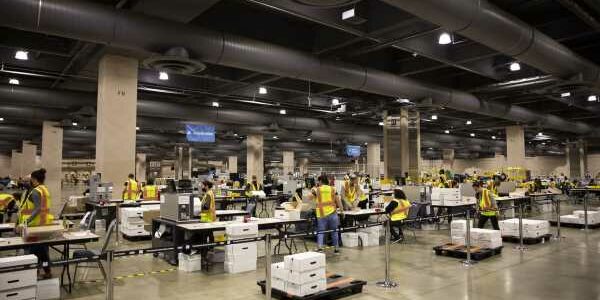 The Trump campaign urged a judge to preserve its bid to block Pennsylvania from certifying President-elect Joe Biden as the winner, claiming there’s evidence that voters in Democratic-leaning counties were improperly allowed to fix errors with their ballots.

In a filing Sunday in federal court, the campaign said a half-dozen Pennsylvania counties named in the suit illegally allowed voters who cast deficient ballots to cast replacement absentee and mail-in ballots before Election Day or provisional ballots on Nov. 3 to “cure” any issues.

The campaign seeks to block Pennsylvania from certifying the result unless it scraps about 680,000 mail-in votes from the state’s most populous counties, which include the Philadelphia and Pittsburgh areas.

“Unless Bush v. Gore was much ado about nothing, presidential candidates of course have an interest in having lawful votes for them counted and unlawful votes for their opponent invalidated,” the filing said. “That’s particularly true in Pennsylvania, one of a few swing states where recounts or other litigation is ongoing and where the vote margin is close.”

The filing was made by campaign lawyer Linda Kerns, two days after attorneys with Porter Wright Morris & Arthur LLPwalked away from the case. The campaign said that firm “buckled” under criticism from “leftist mobs.”

A hearing on the swing state’smotion to dismiss the lawsuit is set for Nov. 17, with a separate evidentiary hearing scheduled for two days later. The case will be decided by U.S. District Judge Matthew Brann in Williamsport, Pennsylvania.

The suit is part of President Donald Trump’s last-ditch effort to reverse the result of the election, which he continues to claim without evidencewas “rigged” against him by Democrats. A similar suit seeking to block Michigan from certifying the result for Biden is also pending. Legal experts say the cases are weak and likely designed to reinforce a political strategy toundermine Biden rather than win in court.

The campaign’s Sunday filing cited Pennsylvania’s Lancaster County, which Trump won, as an example of how things were done right, because election officials there “did not contact voters who submitted defective ballots or give them an opportunity to cure,” the filing said. “They simply followed the law and treated these ballots as invalid and refused to count them.”

Another plaintiff in the case, voter John Henry, alleges his defective vote was treated differently from those of voters in other counties in violation of the Constitution’s Equal Protection Clause.

“In other words, Henry cast a defective ballot that was not counted, but another Pennsylvania voter in another county could cast the same defective ballot and have his vote counted — solely based on place of residence,” the campaign said. “The Defendant counties’ insistence upon counting illegal ballots disparately favored Democratic-leaning counties over Republican-leaning counties.”

With almost all ballots counted in Pennsylvania, Biden is ahead by almost 66,000 votes or almost one full point.