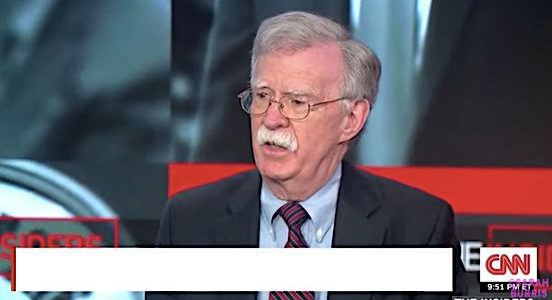 Trump Won’t Go Quietly And It May Take Weak GOP To Boot Him, John Bolton Says

President Donald Trump won’t leave the White House quietly if he loses in November — and it will depend on the faint-of-heart Republicans to force him out, warned former national security adviser John Bolton in a CNN interview that aired Sunday.

“I think it’s very troubling [Trump] has said, ‘I can’t lose unless there’s fraud,’” Bolton told Jake Tapper. “Of course he can lose in an honest election.”

Trump has refused to commit to a peaceful transfer of power, despite repeated requests to do so.

Ultimately, Bolton said, what happens will be “on the leadership of the party, elected officials, private citizens. If it is clear what the outcome [of the election] is, it is up to Republicans, not Democrats, to say, ‘This is on us. He’s got to go.’”

Bolton said he believes Republicans are “ready” to deal with Trump based on conversations he has had with many of them. “I don’t think they will stand” for Trump refusing to step down if he loses, he added.

Bolton said that he won’t be voting for Trump or the Democratic candidate, former Vice President Joe Biden, in the election. In June, he released Trump tell-all book “The Room Where It Happened.”

Bolton said he also has faith in Defense Secretary Mark Esper and Joint Chiefs of Staff Chairman Mark Milley. “I have no concerns — as long as they’re still in office,” he said.

Trump hasn’t yet done “irreparable damage” to the U.S. but he is likely to do so in a second term, Bolton said. If Trump wins again, he will be “utterly unrestricted,” he said.

“The central problem with the Trump administration [is] in the Oval Office. It’s the president himself. Trump is not fit to be president,” Bolton said.

The danger is that Trump has the “attention span of a fruit fly” — except when it comes to getting reelected, he warned.

Check out Bolton’s interview in the video up top. He and Tapper discuss Trump’s possible refusal to leave the White House if he loses beginning at 3:51.

Majority of seniors have been targeted by a Social Security scam in the past three months. Here's how to protect yourself

Rumors on social media suggest taxes are going up next year—here's what you need to know
We and our partners use cookies on this site to improve our service, perform analytics, personalize advertising, measure advertising performance, and remember website preferences.Ok