Trump’s Cash Crunch Constrains His Campaign at a Critical Juncture

With far less money that anticipated, campaign officials are scrambling to address a severe financial disadvantage against Joseph R. Biden Jr., producing something of an internal blame game. 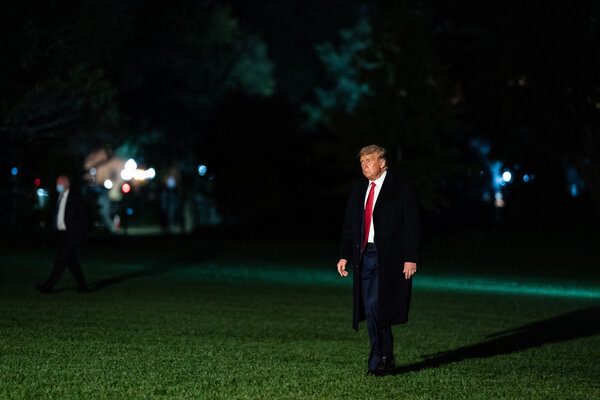 By Shane Goldmacher and Maggie Haberman

President Trump’s campaign has far less money than advisers had once anticipated for the final stretch of the presidential election, as rosy revenue projections failed to materialize, leaving aides scrambling to address a severe financial disadvantage against Joseph R. Biden Jr. at the race’s most crucial juncture.

To close the budgetary shortfall, Mr. Trump has slashed millions of dollars in previously reserved television ads and detoured from the battleground states that will decide the election for a stop in California last weekend to refill his campaign coffers. He has also tried to jump-start his online fund-raising with increasingly aggressive tactics, sending out as many as 14 email solicitations in a day.

But Mr. Biden still entered October with nearly triple the campaign money as Mr. Trump — $177 million to $63.1 million — and is leveraging that edge to expand the battleground map just as Mr. Trump is forced to retrench.

Despite raising more than $1.5 billion in tandem with the Republican Party since 2019, Mr. Trump is now in the same financial straits as he was four years ago, when Hillary Clinton had roughly double the money he did. The financial pinch has engulfed his advisers and party officials in something of an internal blame game after years of bragging about their fund-raising prowess, according current and former campaign and administration officials. Republican allies, meanwhile, are wondering where all the money went.

“Campaigns that are trailing two weeks before the election, there is always a lot of finger pointing,” said Alex Conant, a Republican strategist and former adviser on Senator Marco Rubio’s 2016 presidential campaign. “And asking where the money went is always the first question.”

Last week, senior Trump campaign officials huddled with the Republican National Committee leadership in Washington, D.C., to hash out spending plans for the race’s final days, a discussion that included the possibility of taking out a loan or delaying payment on some bills past Election Day to fully fund operations, according to a person familiar with the matter.

Perhaps nothing underscores how acute and unexpected the budget situation is for Mr. Trump as much as his television ad budget. His cash on hand entering October was $40 million less than the $104.4 million he had previously reserved in television ads for the final five weeks, according to Advertising Analytics data. So earlier this week, Mr. Trump’s campaign and the R.N.C. announced that the party would begin funding coordinated ads in many key states, a move that lessens the financial squeeze on Mr. Trump. 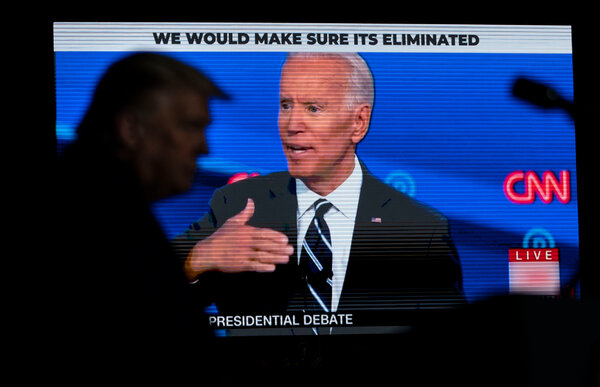 Over all, the data show Mr. Trump’s TV ad spending has shrunk by $23 million since Sept. 20. In that same time period, Mr. Biden has expanded his reservations by $99 million.

“Every campaign makes fall ad reservations months in advance and adjusts them as Election Day approaches — including the Biden campaign,” said Tim Murtaugh, the Trump campaign’s communications director, who added that a final $55 million push announced this week with the R.N.C. was “a 40 percent increase over our initial plans.”