Home » Politics » Could Trump's Germany Insults Stem from Grudge Over Grandfather Getting Kicked Out of Country? 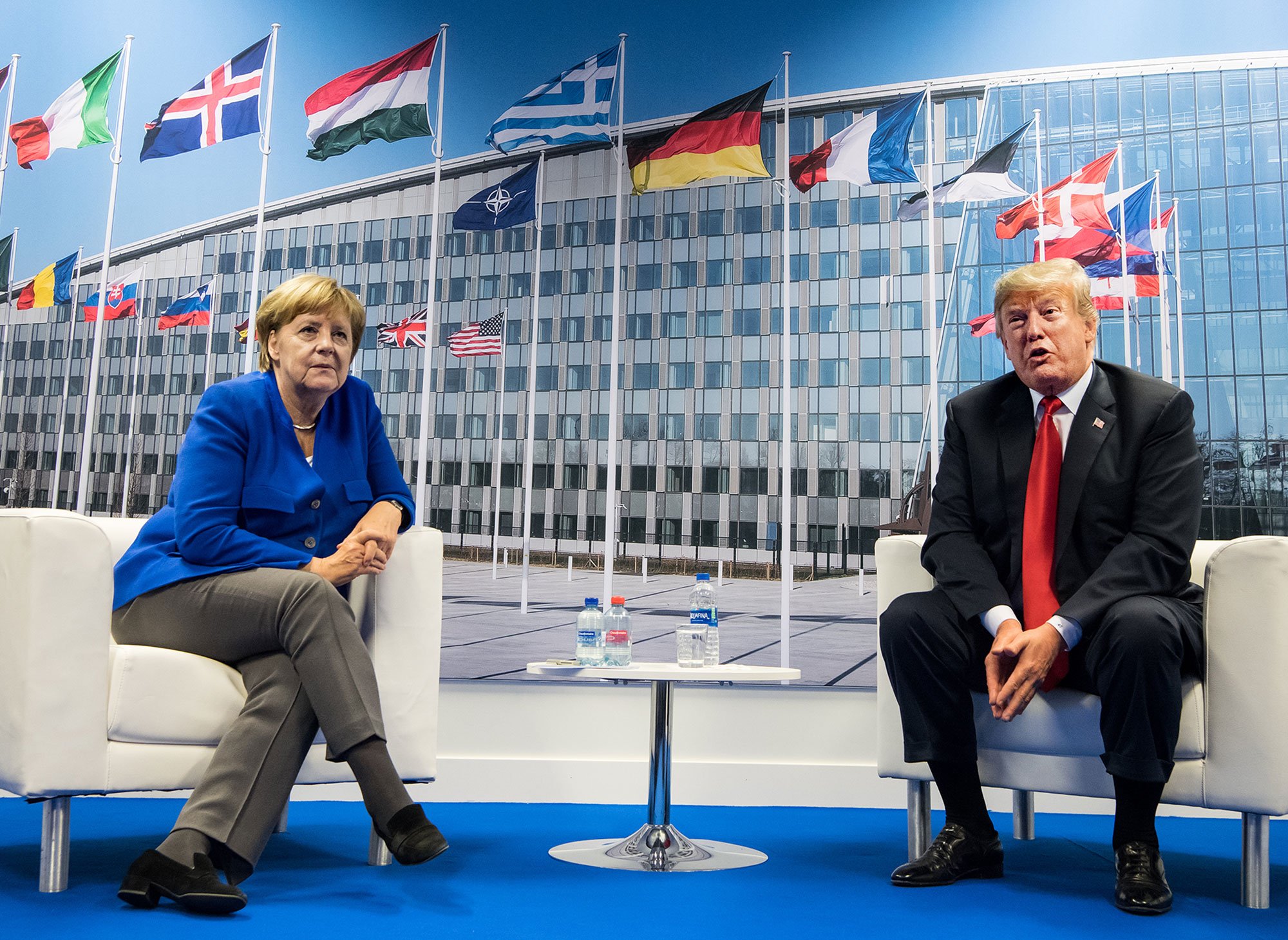 Could Trump's Germany Insults Stem from Grudge Over Grandfather Getting Kicked Out of Country?

After President Donald Trump caused an uproar at the NATO summit in Brussels by claiming that Germany is “controlled” by Russia, some critics on Twitter are speculating that the insults could be an act of revenge against the country for reportedly kicking out Trump’s grandfather more than 110 years ago.

The banishment, handed down by the kingdom of Bavaria, punished Friedrich for failing to do mandatory military service in the kingdom’s armed forces and failing to give authorities notice when he first emigrated to the U.S. in 1885.

The letter also informed Friedrich that he would not be granted his German citizenship back and warned that he would be deported if he didn’t leave the country within eight weeks.

According to a bulletin by the Associated Press, another letter written by Friedrich revealed how he begged local authorities not to deport him, to no avail.

Like his grandfather, Trump has also been criticized as a “draft dodger,” after The New York Times reported that he had received five military draft deferments during the Vietnam War, including one for bone spurs in his foot.

At a press conference in front of NATO representatives on Wednesday, Trump blasted Germany’s support of a Russian oil pipeline and alleged that “Germany is totally controlled by Russia.”

Merkel pushed back on Trump’s claims, insisting that Germany is a free country and saying, “I’ve experienced myself a part of Germany controlled by the Soviet Union, and I’m very happy today that we are united in freedom as the Federal Republic of Germany and can thus say that we can determine our own policies and make our own decisions and that’s very good.”

Despite his scathing comments, Trump insisted that he and Merkel later had a “great meeting” in Brussels. “We have a tremendous relationship with Germany,” he said.

Trump’s comments were slammed by some critics, including former Secretary of State John Kerry, who called them “disgraceful” and “destructive,” and #NeverTrump conservative pundit Bill Kristol, who accused Trump of “whining petulantly and ignorantly.”

Others, like Col Morris Davis, a former chief prosecutor at Guantanamo Bay, speculated that Trump’s comments may have been motivated by a deep-rooted family grudge.

Davis tweeted on Wednesday, “Germany stripped Frederick Trump of his citizenship and kicked him out for being a draft dodger (now there’s an opportunity America missed). For @realDonaldTrump, it’s not about making America great, it’s about getting revenge for his personal grievances.”

Another Twitter user, @dcpoll, wrote: “As Trump rails against Germany, just a reminder that his grandfather was born in Germany and was deported from there for dodging his military service.”

Another Twitter user, @Jee_Gypsy_Jae, tweeted: “Trump’s grandfather was kicked out of Germany for desertion. He literally begged to be allowed to return and they rejected him. Get the picture on how petty Trump is?”

And a third tweeter, @Jee_Gypsy_Jae, tweeted: “Trump’s grandfather was kicked out of Germany for desertion. He literally begged to be allowed to return and they rejected him. Get the picture on how petty Trump is?”

The White House did not immediately respond to PEOPLE’s request for comment.