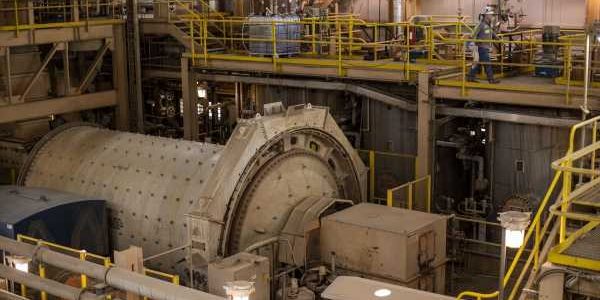 Supply Lines is a daily newsletter that tracks Covid-19’s impact on trade. Sign up here, and subscribe to our Covid-19 podcast for the latest news and analysis on the pandemic.

The U.S. and Europe’s ambition to boost production of rare raw materials used in electric vehicles and wind turbines and reduce dependence on China will face obstacles, including higher costs and environmental concerns.

Two U.S. Congressmen this weekintroduced bipartisan legislation aimed at reducing dependence on China for rare earths, similar to what Senator Ted Cruz introduced in May. TheEuropean Union stepped up apush to become less reliant on imported raw materials, with theEuropean Commission vowing to create a raw-materials alliance by the end of the year due to their importance in growing industries.

Concern about the outsized influence of China gained more prominence as trade tensions increased between the U.S and China. Cost, access to the raw materials and environmental concerns may be the biggest stumbling blocks for creating an independent supply chain, according to analysts.

“It’s very difficult to sustain, it’s expensive to sustain,” said Jennifer Bisceglie, the chief executive officer of Interos, a supply-chain risk management company. “If you create an entire local supply chain, think about the expense in training the labor and getting the raw materials if they’re not in your country.” Large multinational corporations rely heavily on smaller suppliers who have access to localized raw materials they might not be able to get elsewhere, she said.

Chinaaccounted for 80% of total U.S. imports of rare-earth compounds and metals last year. President Donald Trumpordered the U.S. Defense Department to spur production of rare-earth magnets as the trade war between the two countries sparked concern China will restrict exports of the products.

The bills introduced in the U.S. House and Senate offer tax incentives, which would make the domestic industry more competitive, according to Hu Yan, an analyst with SMM in Shanghai. Still, it will take time for countries to build up technology and equipment locally and environmental hurdles are higher for mining and exploration, which can cause significant damage. Yan said the U.S. — which is rich in rare-earth resources but has high production costs including labor and energy — needs to weigh those environmental costs against the benefit of an onshore industry.

Europe’s plan is coming in for criticism from groups who say it focuses too much on mining and not enough on recycling. While officials across Europe and the U.S. may be hoping to end dependence on China for the raw materials, executives at rare earth miners say they only need to gain a portion of the market to incubate successful domestic industries.

“It doesn’t need to be the entire industry, it just needs to be some significant part of the supply,” said Jim Litinsky, the incoming CEO ofMP Materials, the lone miner of rare earths in the U.S. “As long as there are one or a handful of major Western competitors that keeps the entire supply chain honest and shields us from getting squeezed.”

MP Materials has to ship its raw materials to China for final processing because it’s the only nation with refining capabilities. If the U.S. and other countries bring production back home and cut China’s share down to 60% of the supply chain, China won’t have that kind of control anymore, Litinsky said.

“In general discussions even about two years ago, people were saying ‘free trade is going to solve everything – what’s the big problem?’,” Mikael Staffas CEO & President of minerBoliden AB, said by phone. “There’s always the world market, where we can buy whatever we want. I think that mindset has changed very quickly — I think we’ve become more and more aware that that might not always be true.”

Moving supply chains is also easier said than done, especially when someone else can do it at a cheaper cost. Black said Chinese companies are “incredibly good” operators, and can build up stockpiles without the fear that their balance sheets will take a hit with the devaluation of the inventory. For most buyers, the lowest cost may still outweigh the location from where they purchase.

When buyers “have nowhere else to go, they have to go to China. It’s like having one more fix and then saying they’re going to get right on it,” Black said.