Among the possibilities are proposals developed by a Justice Department official from the Bush administration and a White House counsel under President Barack Obama. 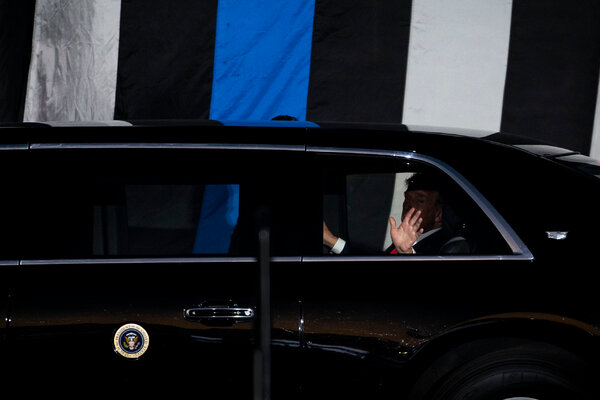 WASHINGTON — After the twin traumas of the Vietnam War and the Watergate scandal came a period of change in the nation’s capital. The system set about reinventing itself to realign the balance of power, establish new guardrails for those in high office and try to enforce greater accountability.

Two weeks before an election that will determine whether President Trump wins another term or is repudiated by voters, some in both parties are already looking beyond him to map out a similar rewriting of the rules. After four years in which the old post-Watergate norms have been shattered, the would-be reformers anticipate a counterreaction to establish new ones.

“It’s pretty obvious that Trump has, through his actions and words, exposed a number of weaknesses in the normative and legal restraints on the presidency,” said Jack L. Goldsmith, a Harvard Law School professor. “He has revealed that there are a lot of gaps in presidential accountability and that norms are not as solid as we thought. He has revealed that the presidency is due for an overhaul for accountability akin to the 1974 reforms.”

Mr. Goldsmith, an assistant attorney general under President George W. Bush, has teamed up with Robert F. Bauer, a White House counsel under President Barack Obama, to produce what they hope could be a bipartisan blueprint for what such an overhaul would look like. Among their ideas are empowering future special counsels; restricting a president’s pardon power and private business interests; and protecting journalists from government intimidation.

They are not the only ones looking ahead. House Democrats led by Representative Adam B. Schiff of California, the chief House manager in this year’s Senate impeachment trial of Mr. Trump, have assembled a legislative package of similar ideas, including limits on a president’s authority to use declarations of national emergencies to take unilateral action; more protections for inspectors general and whistle-blowers; and an accelerated process to resolve disputes over congressional subpoenas.