Close to a million Wisconsin voters may get their absentee ballots later than planned, as Kanye West and the Green Party fight to get on the ballot.

Two high-stakes legal battles over whether West and Green Party presidential nominee Howie Hawkins can appear on the ballot are creating havoc in the crucial swing state.

Wisconsin’s conservative-controlled Supreme Court told local officials Thursday to stop mailing out absentee ballots while it rules on whether to allow Hawkins on the ballot. West is pursuing a similar lawsuit in a circuit court, after the Wisconsin Elections Commission ruled in August that both the rapper and the Green Party candidate did not properly make the filing deadline to appear on the ballot.

The Supreme Court’s 4-3 decision was along ideological lines, with liberals dissenting. 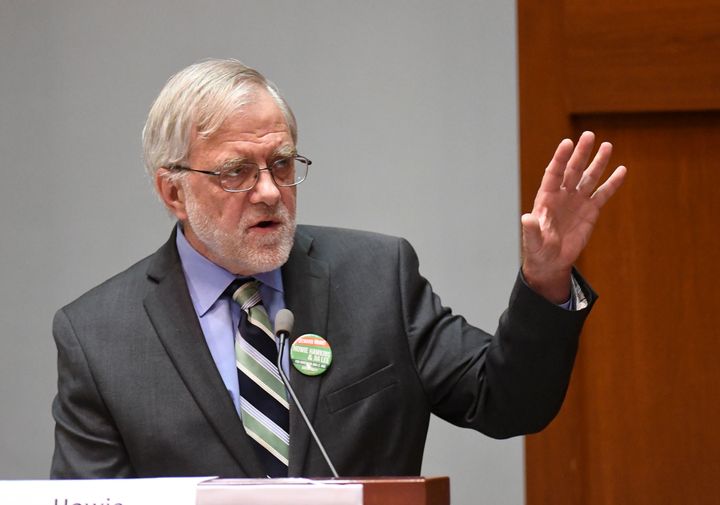 Election officials are just one week away from a Sept. 17 deadline when state law mandates that clerks send out requested ballots to Wisconsin voters. The state has been in the process of printing and mailing out ballots for weeks. If the courts rule in favor of Hawkins or West, the state will have to start from scratch — an expensive and complicated process that could cause some localities to miss the deadline and potentially leave some voters with two versions of an absentee ballot.

“We are absolutely on the precipice of the courts creating a situation in which Wisconsin has a chaotic and catastrophic election,” said Jeff Mandell, a lawyer in Wisconsin representing voters who sued to keep Hawkins and West off the ballot.

Close to a million Wisconsinites have requested absentee ballots this cycle, breaking 2016 records as the coronavirus pandemic continues to pose a threat to in-person voting. State records show that 313,598 ballots have been marked as sent, though that number includes both ballots out in the field and ballots that have just been issued mailing labels. Wisconsin officials have no way of knowing how many ballots have actually been mailed to voters.

Wisconsin Elections Commission Chairwoman Meagan Wolfe, who was confirmed by the state’s Republican-controlled Senate, said in a court affidavit that any additional delays at this point would cause municipalities to miss the state deadlines for mailing out absentee ballots. She added that for overseas and military voters, delays “could very likely result in them not receiving a ballot or not having enough time to return their ballot to be counted.”

The impact of the continued litigation will vary across the state because of Wisconsin’s decentralized election system. In Milwaukee County, for example, there are 475 different versions of the presidential ballot that the county clerk said would take at least 10 days to print, sort, package and deliver to municipal clerks.

“If ballots had to be reprinted after they were sent to electors, municipalities would have to send a second ballot which would confuse voters and jeopardize the integrity of the election,” George Christenson, Milwaukee County clerk, told the court in his affidavit.

Other cities, like Green Bay, usually receive their ballots from the county the day before sending them out.

But what is universal across Wisconsin is a state of confusion. Already cities are dealing with unprecedented changes due to the pandemic ― record high numbers of absentee ballot requests, and changes in polling stations and safety procedures have been occupying election officials’ time for months. Now there’s this latest challenge.

“My concern is really about voter education,” said Celestine Jeffreys, the chief of staff for Green Bay Mayor Eric Genrich (D). “There’s just a lot of education we have to get through and the delay is not ideal.”

In Madison, the state’s capital, city Clerk Maribeth Witzel-Behl said already voters have called in canceling their absentee ballot requests after hearing of the court ruling, opting to vote in-person, even during the pandemic, to avoid any chaos in the courts. Others with travel plans have called in confused about whether to change their addresses to account for any possible delays.

Witzel-Behl said it’s “frustrating” not being able to give them answers. The city only has the capacity to put postage on 15,000 or 20,000 ballots a day and has more than 77,000 requests. 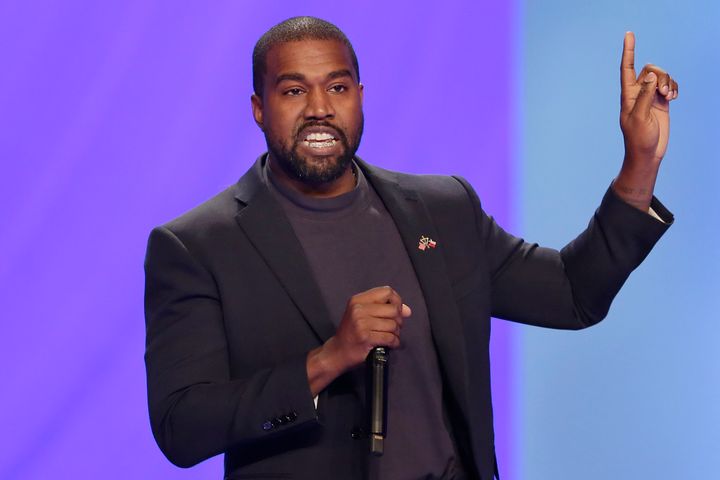 The Wisconsin Elections Commission made its decision to keep West and Hawkins off the ballot on Aug. 20, citing improper filings and missed deadlines. West’s representative was filmed entering the Wisconsin Elections Commission building at 5:00:14 p.m., and did not actually organize and file the papers until several minutes after. The six-person commission, which is split evenly between parties, decided on a 5-1 vote that West did not meet the statutory requirement of filing “no later than 5 o’clock.”

But the case against Hawkins is more tenuous. In early August, Mandell had filed a complaint claiming there was a discrepancy involving the listed addresses of Hawkins’ running mate, Angela Walker. The Hawkins campaign said Walker had moved during the signature-gathering process. But Democrats on the commission said it wasn’t their job to establish that Walker had actually moved. In the end, the commission was deadlocked 3-3, with Republican appointees voting in favor of Hawkins appearing on the ballot and Democrats voting against. As a result, neither West nor the Green Party candidates were certified to be on the ballot.

Now, the Wisconsin Elections Commission’s argument against Hawkins is that it’s simply too late to appeal the decision.

Hawkins and West’s legal teams didn’t request an injunction until just last week — two weeks after the commission’s ruling. Hawkins went straight to the state’s highest court on Sept. 3. West filed with the Brown County Circuit Court, which has yet to rule.

The Green Party has welcomed the order to halt sending absentee ballots until a further ruling.

“The courts are right to be skeptical of this manufactured delay caused by the Democrats,” Hawkins’ campaign manager Andrea Mérida said in a statement. “Had the Democrats on the Elections Commission avoided violating basic due process at the hearing, we would not be in this position. Instead, the hyper-partisan Democrats on the commission denied our campaign the right to present evidence and should have dismissed the challenge from the beginning because our campaign followed the commission staff’s instructions to the letter regarding Angela Walker’s address change.”

Republicans in Wisconsin have openly talked about how the addition of West could sway the election in favor of Trump; West’s representative who dropped off his filing papers used to be counsel for the state GOP, and represented Trump’s reelection campaign in a state lawsuit. During the election commission hearing on Hawkins, a Republican commissioner suggested Hawkins take his case to the courts.

But it’s clear there are political incentives on both sides. In 2016, Green Party presidential candidate Jill Stein received more than 31,000 votes in the state, where Trump won by a little more than 22,000 votes, a reality Democrats in the state continue to be wary of happening again.