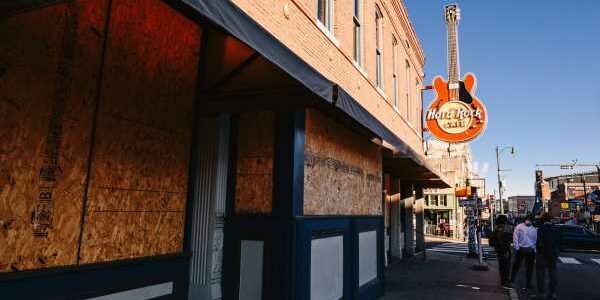 Year-End Fiscal Cliffs Are Approaching for Millions of Americans

Sign up here for our daily coronavirus newsletter on what you need to know, andsubscribe to our Covid-19 podcast for the latest news and analysis.

A whole range of pandemic aid programs are set to expire in the new year, leaving millions of Americans without the government support that’s helped keep them afloat — and threatening to hold back a rebounding economy.

The biggest blow will likely come from the end of two federal unemployment-insurance programs, with roughly 12 million people facing a late-December cutoff, according to a study released Wednesday by The Century Foundation. Also, measures that froze student-loan payments, offered mortgage forbearance and halted evictions have a year-end deadline –- and so do Federal Reserve lending facilities for small businesses and local governments.

Some Covid-19 assistance could potentially be attached to a spending bill needed to avoid a federal government shutdown, but with Congress deadlocked and a White House transition looming, the outlook for another stimulus package this year isbleak.

President Donald Trump hasn’t outlined a plan to extend the aid programs via executive order and his successor Joe Biden won’t take office until the second half of January.

All of this poses risks to a U.S. economy that’s recovered faster than expected yet still has a long way to go, particularly with the resurgence of Covid-19 cases bringing a new wave of restrictions on business. While in aggregate household finances are ingreat shape, the strength is uneven, with jobs still 10 million below February levels.

Following is a roundup of the support that’s poised to be withdrawn -- and the people who benefited from it.

Pandemic Unemployment Assistance has been a safety net for those who aren’t typically eligible for jobless benefits, like self-employed and gig workers. As many as 9.4 million people were claiming PUA in late October. The final payable week is currently the second-to-last week of December.

Larry Long of Willow Grove, Pennsylvania, got his first check under the program in July -- and expects the last one to arrive in the coming weeks.

Before the pandemic, the 63-year-old helped plan charity fundraisers and corporate parties, until Covid-19 brought cancellations and work dried up. An additional supplemental benefit of $600 a week expired months ago, and he hasn’t been able to pay his bills in full since then.

“Basically all I can do is try to have food in here and to make arrangements with utilities and the landlord,” Long said.

Now, with both PUA and eviction moratoriums expiring, he’s also worried about losing his home.

The second expiring jobless program, Pandemic Emergency Unemployment Compensation, extends benefits for up to 13 extra weeks. As of the week ending Oct. 24, 4.1 million people were claiming it.

Most states offer 26 weeks of unemployment payments before applicants need to roll onto PEUC. In others like Florida and North Carolina, the period is much shorter -- meaning that many Americans have already exhausted such benefits.

Jennifer Marshall, of Hendersonville, North Carolina, is one of them. She was working at a barbecue joint when the state imposed curbs on restaurants, and she filed for unemployment on March 18.

Since then Marshall, 51, has exhausted regular state benefits, PEUC and another program called Extended Benefits. “All of a sudden, I’m looking at nothing,” she says.

A diabetic and a cancer survivor, both high-risk categories for Covid-19, Marshall has borrowed money from friends and relatives. She’s listed her microwave for sale online and is preparing to unload her car.

The CARES Act, the main pandemic relief measure passed in March, prohibited landlords with federally guaranteed mortgages from evicting tenants. When that moratorium expired in July, the Centers for Disease Control and Prevention halted evictions of eligible tenants through Dec. 31. Several states have enacted their own suspensions; just a handful extend beyond year-end.

When protections end, many landlords may have no choice but to evict. An Urban Institute survey of 1,381 landlords found that more than one-third weren’t paid full rent for September.

“Landlords are also in a predicament here,” said Kate Reynolds, a researcher at the Urban Institute. “Especially landlords that have mortgages. They need to be able to pay their bill as well.”

Lori Fulton, 57, of Philadelphia, used to work part-time in a real-estate attorney’s office, while also earning through gigs as a singer, voice actor and fitness instructor. Then the gym closed, entertainment bookings dried up and the attorney contracted Covid-19.

Her unemployment benefit payments are ending soon, and she’s worried about finding a new home because her landlord is lining up a family member to move into the house where she currently lives.

Some homeowners are also facing a steep cliff. Under the CARES Act, homeowners with federally guaranteed mortgages could demand loan forbearance for up to 360 days –- but they won’t be entitled to do so after Dec. 31.

A total of 2.7 million eligible homeowners were in forbearance as of Nov. 8. The number has declined in recent months, while remaining well above pre-pandemic levels.

Homeowners who went into forbearance after the CARES Act face another deadline in March: They need to work out how they will catch up on the skipped mortgage payments.

Americans have $1.7 trillion in student debt. Most of it is owed to the federal government, and qualified for relief under the CARES Act -- which suspended payments, waived the accumulation of interest and halted collection of defaulted debt. Trump authorized the secretary of education to extend those protections until year-end.

The New York Fed has estimated that the freeze would save student borrowers about $7 billion a month. As things stand, they’ll have to resume payments in January.

Some of the Fed’s coronavirus lending programs are set to expire at the end of this year, including the Main Street Lending Program for small- to mid-size businesses, and the Municipal Liquidity Facility, which backstops the debt market for state and local governments.

Even though participation in both has been low, some lawmakers and businesses have called for the programs to continue into 2021 -- to keep the credit lifelines in place in case they’re needed.

Some legal experts say the facilities could continue to function using money already transferred to them by the Treasury Department, but the Treasury said last month itopposes an outright extension of some facilities.