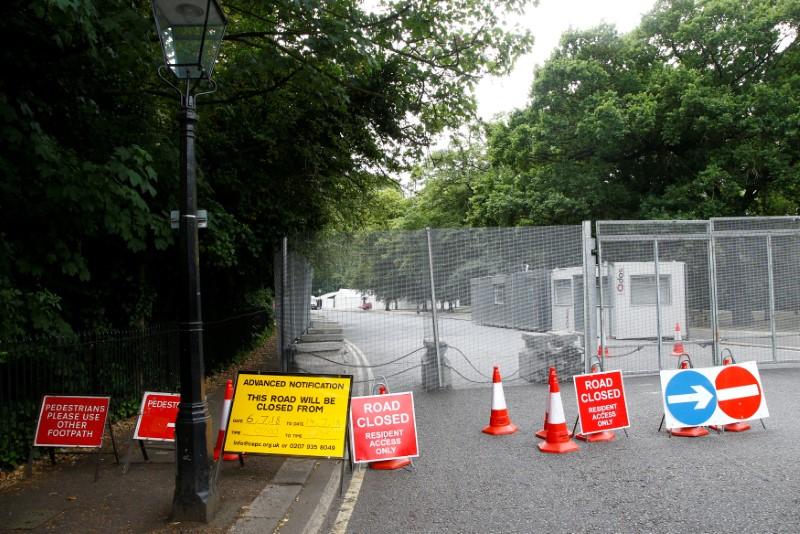 LONDON (Reuters) – The U.S. Embassy in London issued an alert on Tuesday to Americans in the British capital, warning them to keep a low profile during President Donald Trump’s visit later this week in case protests against him turn violent.