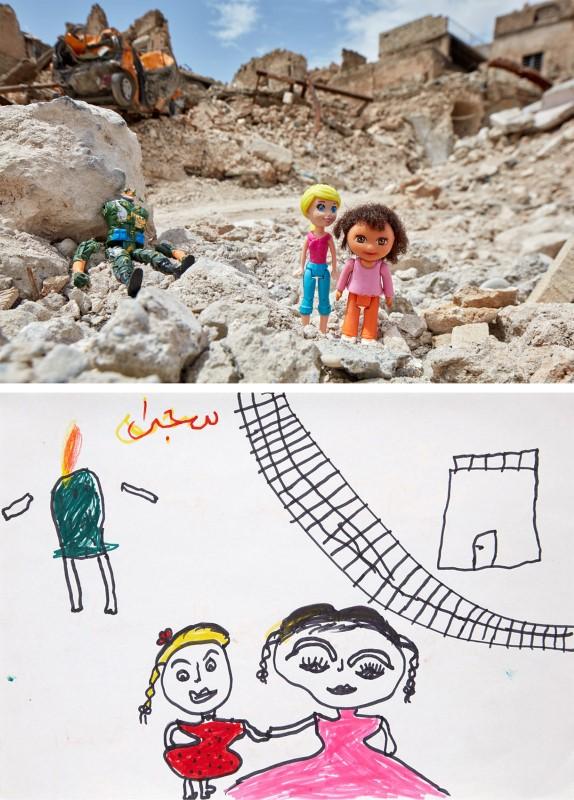 BEIRUT/DEBAGA CAMP, Iraq (Reuters) – U.S. photographer Brian McCarty wants you to see the horrors of war, but through the eyes of a child.