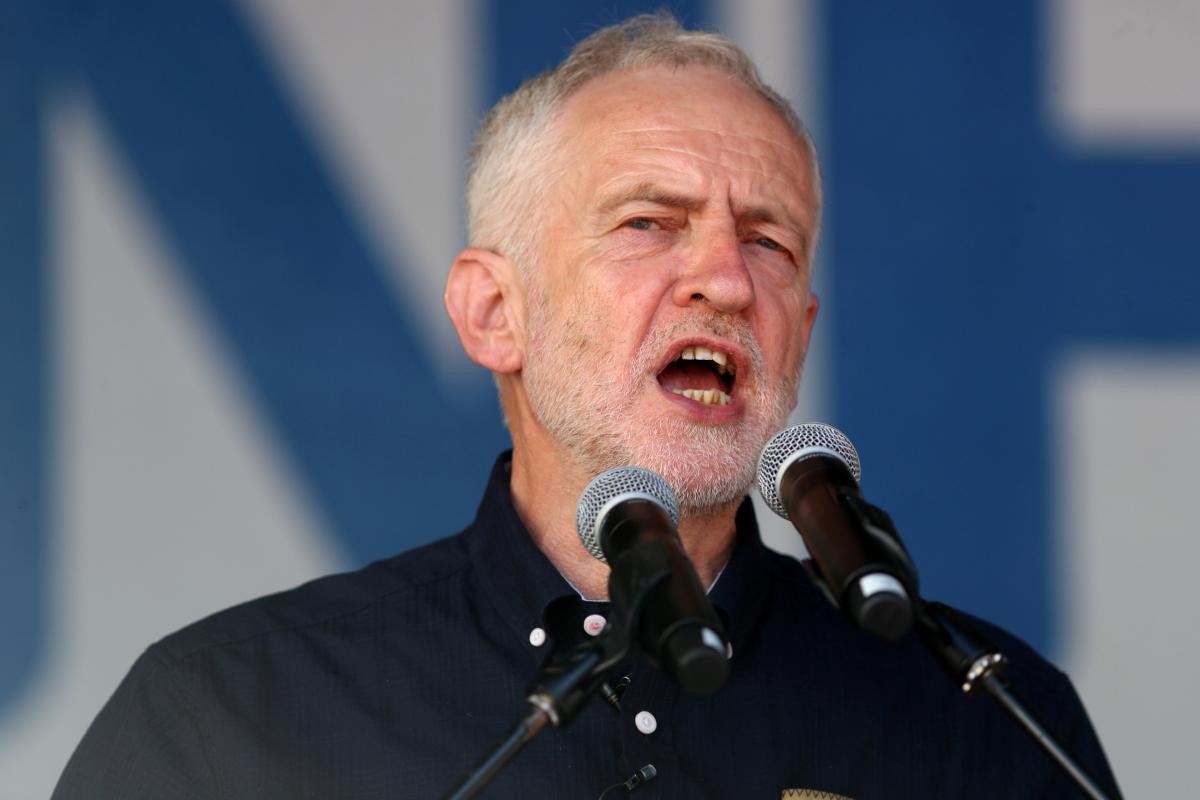 End ‘botched’ Brexit, Labour’s Corbyn calls on Britain to back his…

LONDON (Reuters) – British opposition leader, Jeremy Corbyn will call on the government on Tuesday to back his vision for a new customs union with the European Union to avoid a “botched” Brexit leaving the country “in hock to Donald Trump”.

Unveiling a Labour Party campaign to boost manufacturing and keep public contracts in Britain, Corbyn will also increase the pressure on Prime Minister Theresa May over her Brexit plans by suggesting she back his vision of “a brand new customs union”.

May is struggling to sell what she calls her business-friendly Brexit to not only the competing factions in her governing Conservative Party but also across Britain just over eight months before the country is due to leave in March.

But Corbyn also faces dissent in his party, with many Labour lawmakers and members calling for him to back a second referendum on any deal and support keeping the closest possible ties with the EU by staying in its single market and customs union.

“Theresa May and her warring cabinet should think again, even at this late stage, and reconsider the option of negotiating a brand new customs union,” Corbyn will tell the EEF manufacturers’ organization in the city of Birmingham.

“A botched…Brexit will sell our manufacturers short with the fantasy of a free trading buccaneering future, which in reality would be a nightmare of chlorinated chicken, public services sold to multinational companies and our country in hock to Donald Trump,” he will say, according to excerpts of his speech.

May has often said she wants to forge a free trade agreement with U.S. President Donald Trump after Brexit, but some lawmakers fear the government could open the door to imports of U.S. beef that contains growth hormones, chicken washed in chlorinated water and genetically modified organisms.

The government has frequently said it will not lower its standards, but with its Brexit plans opposed by many in Britain, Corbyn senses his vision may find more support.

No election is due in Britain until 2022 but Labour is preparing for a vote, aware that the Conservatives are increasingly at war with each other over Brexit.

Returning to his leftist vision for Britain, Corbyn will also use his speech to renew Labour’s pledge that if in power, the party would “reprogramme” the economy to support manufacturing and bring back “good jobs and industry”.

“Labour is determined to see public contracts provide public benefit, using our money to nurture and grow our industries, our people and to expand our tax base,” he will say.

“The next Labour government will bring contracts back in-house … And we will use the huge weight of the government’s purchasing power to support our workers and industries.”