JAKARTA (Reuters) – Indonesia sent divers on Wednesday to scour the sea around the crash site of an aircraft with 189 people aboard, after picking up a signal searchers believe reveals the plane’s location in waters east of the capital, Jakarta. 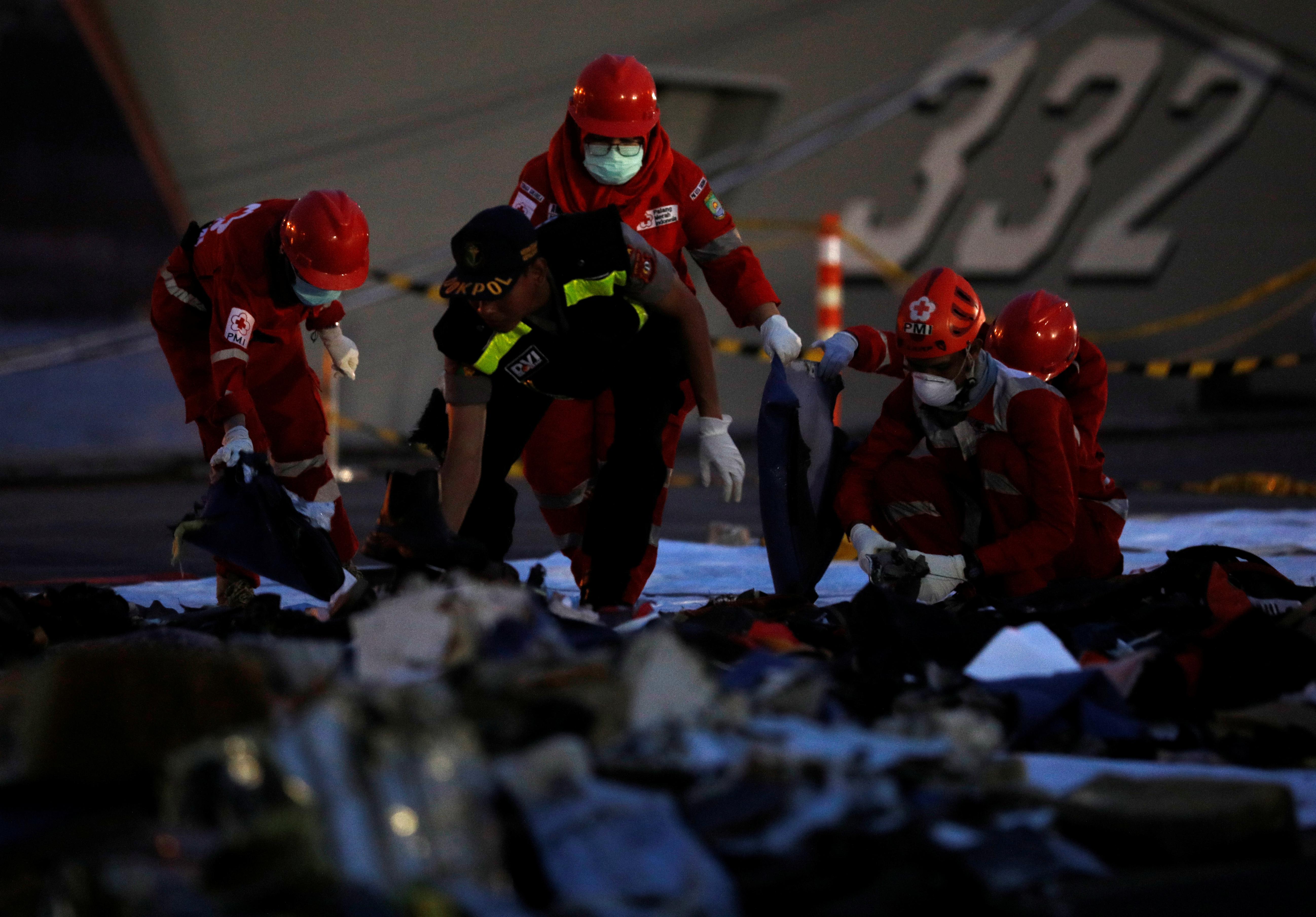 Ground staff lost touch with flight JT610 of Indonesian budget airline Lion Air 13 minutes after the Boeing 737 MAX 8 took off early on Monday from Jakarta, on its way to the tin-mining town of Pangkal Pinang.

On Wednesday, Indonesia’s military chief said he believed the plane had been located, and a transport safety official said divers would be sent to confirm a “ping” signal picked up by a search and rescue team late on Tuesday.

“We strongly believe that we have found a part of the fuselage of JT610,” Hadi Tjahjanto told broadcaster TV One, adding that the search team had the location coordinates but now had to confirm it was the plane.

Indonesia has deployed “pinger locators” in the hunt for the plane’s blackboxes, as the cockpit voice recorder and flight data recorder are known, at the crash site.

“Yesterday afternoon, the team had heard a ‘ping’ sound in a location at 35 meters depth,” Haryo Satmiko, the deputy chief of the national transport safety panel, told Reuters, referring to a depth of 115 feet.

“This morning, at 5 a.m., the team has gone back to dive at the location.”

Although it is now almost certain that everyone on the plane died, relatives are desperate to find traces of their loved ones, with only debris and body parts found so far.

“I keep praying for a miracle, although, logically, the plane has sunk in the ocean,” said Toni Priyono Adhi, whose daughter was aboard. “But as a parent, I want a miracle.”

Dozens of relatives of the missing gathered at a police hospital where body bags had been brought for forensic experts to try and identify victims, with techniques such as taking swabs of saliva from families for DNA tests.

Teams of divers have fanned out in the search for the black boxes in the effort to learn why an almost-new plane went down minutes after take-off.

The search widened on Wednesday to cover 15 nautical miles around the area where the plane lost contact, a search and rescue officer said, increasing from 10 nautical miles on Tuesday.

About 60 divers entered the sea on Tuesday from inflatable boats scattered over the slightly choppy waters, about 35 meters (115 feet) deep, a Reuters witness on a boat at the crash site said. A total of 35 vessels have been drafted into the search.

Only debris, personal items, including 52 identification cards and passports, and body parts have been found off the shore of Indonesia’s district of Karawang, east of the capital, Jakarta.

President Joko Widodo visited Jakarta’s port to examine items in a pile of debris laid out on tarpaulins, from mangled seats and flight attendants uniforms to bags and shoes.

Officials said human remains were collected in 37 body bags after sweeps of the site, about 15 km (nine miles) off the coast.

Investigators are looking into why the pilot of the downed aircraft had asked to return to base shortly after take-off, a request that ground control officials had granted, although the flight crashed soon after.

An official of the national transport safety panel has said the plane had technical problems on its previous flight on Sunday, from the city of Denpasar on the resort island of Bali, including an issue over “unreliable airspeed”.

The accident is the first to be reported involving the widely sold Boeing 737 MAX, an updated, more fuel-efficient version of the manufacturer’s single-aisle jet.

(For details of search, crash inquiry, please click on tmsnrt.rs/2OZPYBz) 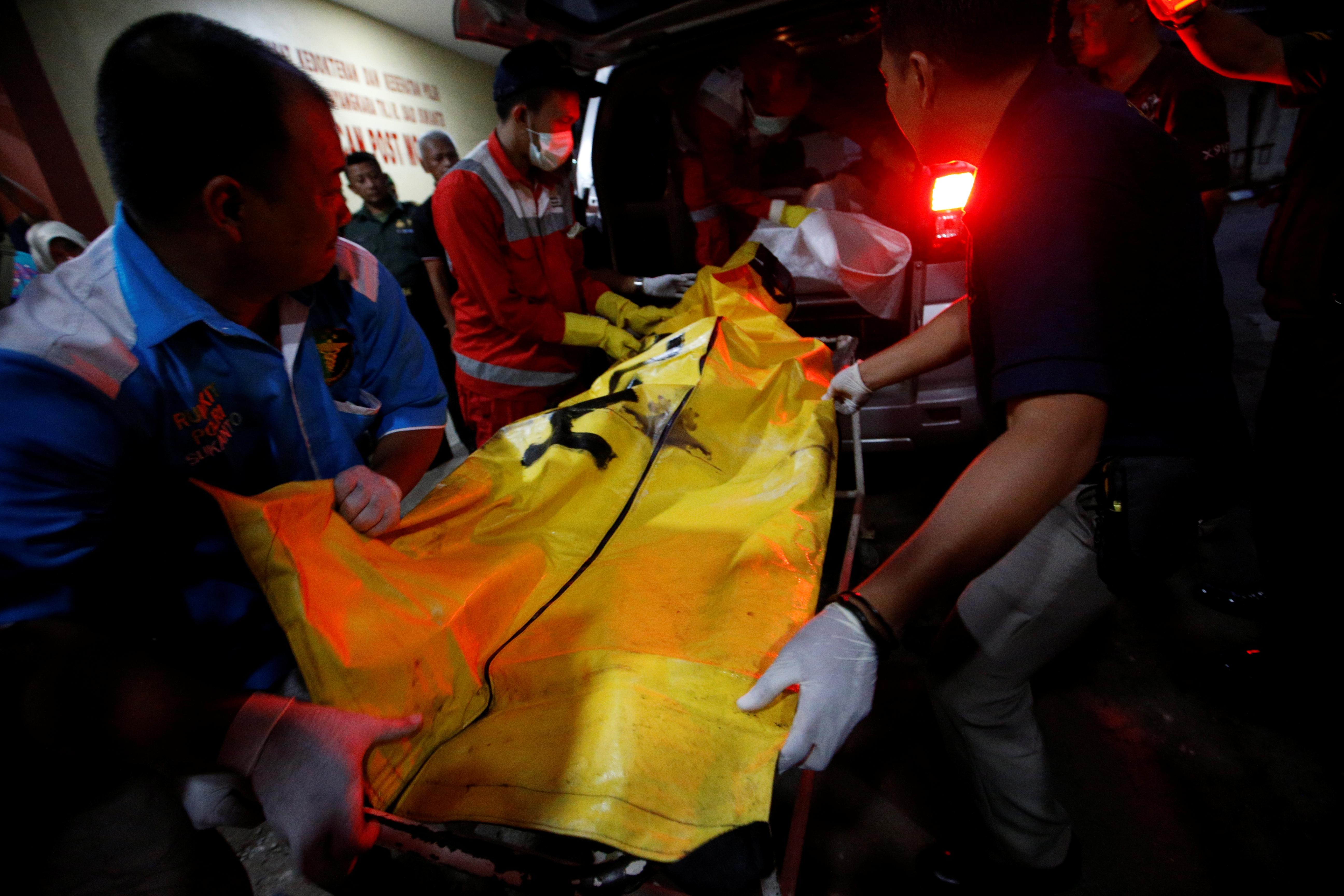 Privately owned Lion Air, founded in 1999, said the aircraft, had been in operation since August and was airworthy, with its pilot and co-pilot having 11,000 hours of flying time between them.

The airline is to meet a team from Boeing on Wednesday to discuss the fate of its 737 MAX 8 plane.

“We have many questions for them,” Lion Air Director Daniel Putut told reporters on Tuesday. “This was a new plane.”