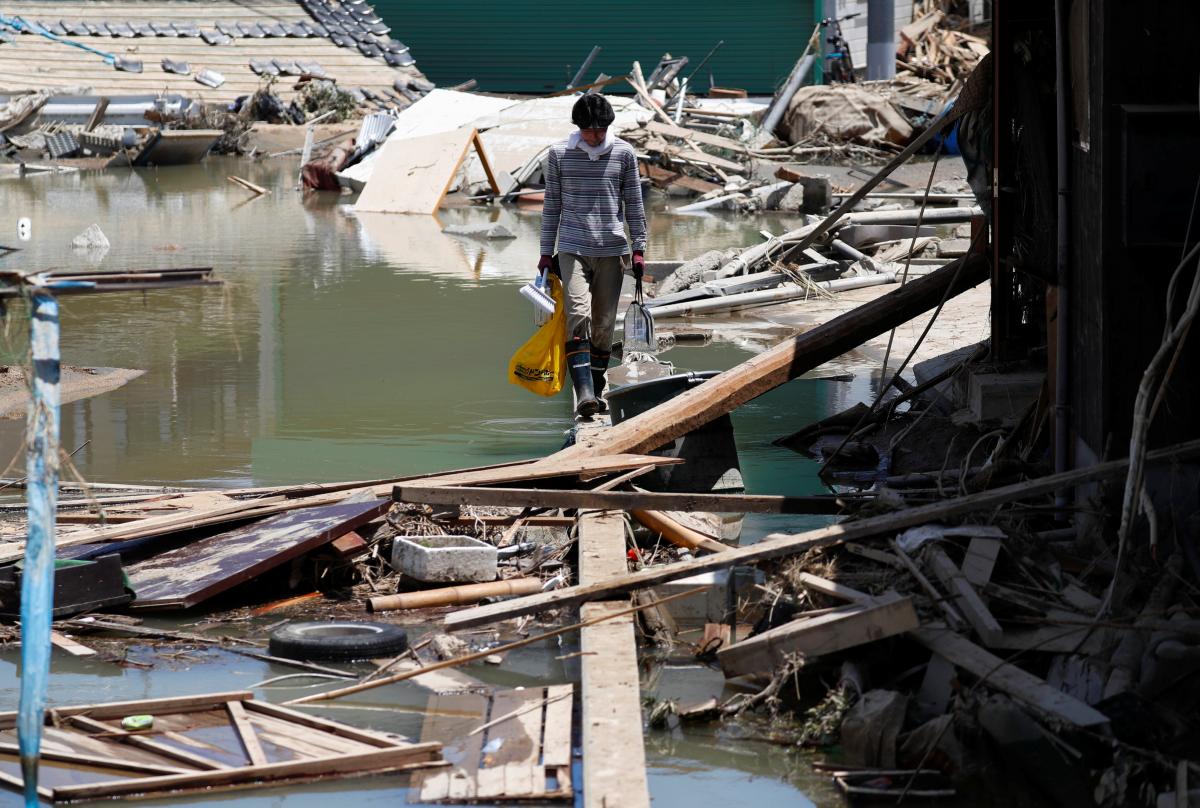 KURASHIKI, Japan (Reuters) – Japan struggled on Tuesday to restore utilities and bring relief to the victims of its worst floods in 36 years, facing health risks from broiling temperatures and a lack of water, while rescuers kept up an increasingly grim search for victims.