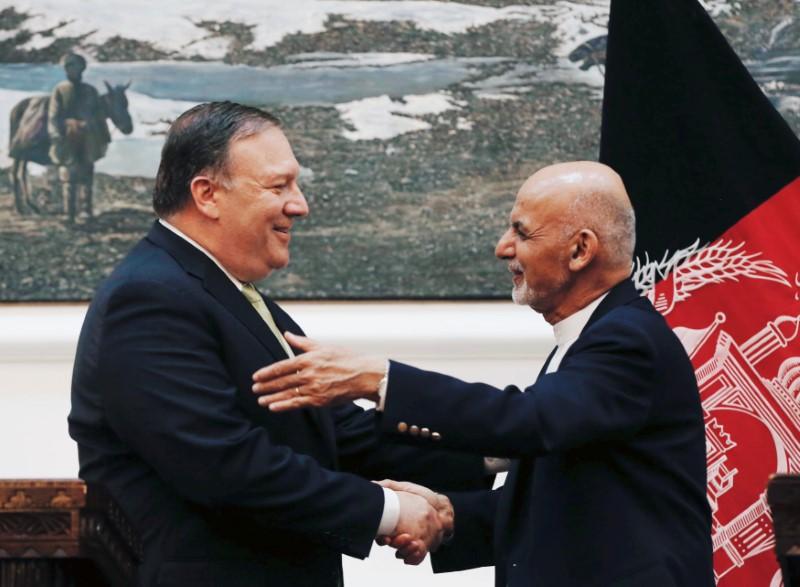 KABUL (Reuters) – U.S. Secretary of State Mike Pompeo, on a surprise visit to Afghanistan on Monday, promised support for President Ashraf Ghani’s bid to start peace talks with the Taliban and repeated the United States would be willing to take part.

The visit, at the end of a tour of Asian countries including North Korea and Vietnam, was Pompeo’s first to Afghanistan since he became Secretary of State in April.

He said the strategy announced last year by President Donald Trump of sending more troops to increase pressure on the Taliban and push them toward negotiations was working, and would reassure Afghans “that we will support them as they continue fighting to liberate their country and their people.”

“The strategy sends a clear message to the Taliban that they cannot wait us out,” he said.

Pompeo’s visit follows one by the State Department’s top diplomat for South and Central Asia, Alice Wells, who said this month that pressure was building on the Taliban to respond to Ghani’s offer for peace talks.

Standing with him at a news conference in the presidential palace in Kabul, Ghani, who earlier this year offered peace talks without preconditions, said it would be necessary to move with caution.