Home » World News » What is next for Mexico City airport after mega project axed?

What is next for Mexico City airport after mega project axed?

MEXICO CITY (Reuters) – A decision on Monday by Mexico’s next president to scrap a partly built $13 billion Mexico City airport has raised questions about the feasibility of his alternative plan, and consequences of the change.

Andres Manuel Lopez Obrador, who takes office Dec. 1, justified his move based on the results of an informal referendum that called for abandoning the current project.

The U-turn is the latest step in a long-running saga over how to solve growing congestion at the Mexico City airport, where 40 million passengers pass through a year.

WHAT IS LOPEZ OBRADOR’S ALTERNATIVE PLAN?

Lopez Obrador aims to add two runways to the military air base at Santa Lucia, some 29 miles (47 km) by road north of the current facility, Benito Juarez International Airport, then connect the two. He said it can be done for 70 billion pesos ($3.5 billion).

The plan also envisions upgrading the Benito Juarez hub and Toluca International Airport 41 miles (66 km) away for about 5 billion pesos, and connect the latter by train to the capital. The projects would be completed in three years and altogether save some 100 billion pesos, according to Lopez Obrador.

WHAT ARE THE DOUBTS ABOUT THE PROPOSAL?

The business community has argued that Santa Lucia’s distance from the capital will deter tourism and could complicate travel for connecting flights from Mexico City.

WHAT ARE THE PLAN’S BENEFITS?

Lopez Obrador’s team said the new airport being built on the bed of Lake Texcoco on the capital’s eastern flank would be too expensive to maintain because of the complex geology.

Canceling it would avoid damage to the city’s water table and benefit local ducks, Lopez Obrador said. He wants the Texcoco site to become an ecological park.

Without providing evidence, Lopez Obrador has said the Texcoco project was tainted by graft. He argues the cancellation of the project will send out a message in Mexico that corruption between business interests and politicians is over.

WHAT CONSEQUENCES COULD CANCELLATION TRIGGER?

By choosing to dump a project that has received billions of dollars in investment – the outgoing government said the Texcoco airport is about one-third complete – markets are reassessing Lopez Obrador’s commitment to existing laws and agreements.

That could negatively affect Mexico’s ability to attract investment under Lopez Obrador, who argues he has “moral authority” to call the present system into question.

Billions of dollars were wiped off the value of the stock market on Monday during a sell-off by investors.

The airport’s cancellation may require the government to put up extra funds to pre-pay bonds issued to finance it, outgoing President Enrique Pena Nieto said. The group building the Texcoco hub issued $6 billion in bonds and $1.5 billion in an investment trust, backed by the current airport passenger tax. 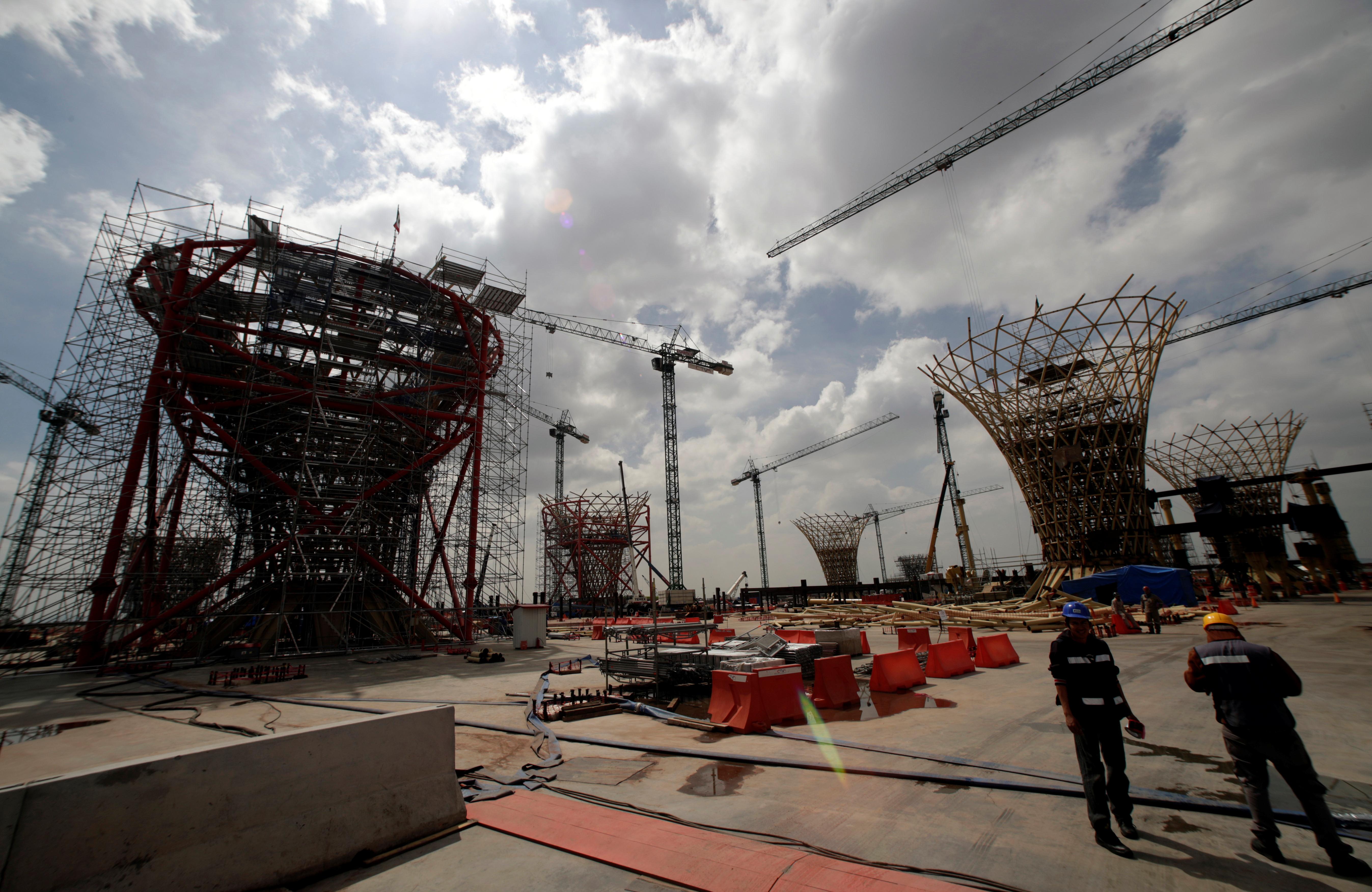 WILL FIRMS INVOLVED KEEP THEIR CONTRACTS?

Jimenez Espriu said companies already contracted by the airport group may be able to transfer their contracts to Santa Lucia, or reach new agreements. Lopez Obrador said he will honor existing agreements but has not provided details.

Among the business leaders most exposed to the cancellation of the Texcoco airport is the country’s richest man, Carlos Slim, whose family has been co-designing, co-building and co-financing the project that began construction in 2015.