Home » Business » 3 Things To Note About The Budget 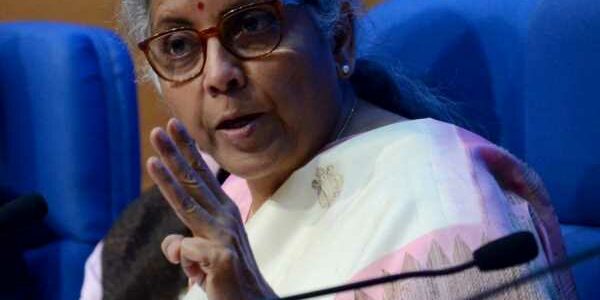 3 Things To Note About The Budget

Budget for 2022-2023 has returned to its agenda for protectionism in the name of creating a self-reliant India, points out A K Bhattacharya.

From the point of view of India’s public finances, the Union Budget for 2022-2023 has stuck to the Modi government’s tried-and-tested formula of following the pre-determined glide path of fiscal consolidation, at least as far as the Centre is concerned.

The revised estimate of the deficit for the current year is now placed at 6.9 per cent.

This is still about two percentage points away from the target of 4.5 per cent of GDP to be achieved by 2025-2026, but a reduction of this order over three years should not be a difficult task at all.

You might argue that the benefit of setting a relatively easy fiscal deficit target that the Centre accorded to itself was denied to the states.

In the name of cooperative federalism, Finance Minister Nirmala Sitharaman announced Rs 1 trillion worth 50-year interest-free loans for the states to meet their capital investment needs.

At the same time, however, she reminded the states that, as suggested by the 15th Finance Commission, they would have to reduce their fiscal deficit to 4 per cent in 2022-2023.

Thus, the Centre would continue to enjoy the flexibility of meeting its deficit target over a period of three years, while the states are saddled with almost impossible targets to achieve them over the next two years.

The finance ministry and also the Fifteenth Finance Commission must take the blame for such a brazen display of double standards.

Yet, Sitharaman must get the credit for making the calculation of the Centre’s fiscal deficit more transparent.

This is a praise-worthy initiative to clean up the deficit accounting system in just about three years.

There are three other significant initiatives in Sitharaman’s fourth Budget.

One, the increase in the capital expenditure next year is 25 per cent (it is 35 per cent if you exclude the one-off capital infusion of over Rs 52,000 crore to Air India before its sale).

Two successive years of handsome increases in capital expenditure augur well for the investment climate in the economy, particularly at a time the private sector is not yet geared to increase its investments because of relatively low capacity utilisation level.

Borrowing more to finance capital expenditure is a risk that she has taken.

Two, the finance ministry’s obsession with using divestment proceeds to shore up the government’s revenues to present a more favourable deficit number seems to have ended.

In spite of the impending public issue of the Life Insurance Corporation of India, the government has budgeted for a divestment receipt of only Rs 78,000 crore, against a budget estimate of Rs 1.75 trillion.

Hopefully, the new, less ambitious numbers on disinvestment receipts are based on a more realistic assessment of what kind of asset sales can be achieved during a year when the stock markets may not remain as buoyant as in the current year.

Or is it a reflection of the government’s desire to slow down on privatisation for political reasons? There was no mention of privatising banks or insurance companies in the finance minister’s Budget speech.

Indeed, unlike in the 2021-2022 Budget speech, there was no mention of the word privatisation this time.

Privatisation has now been substituted by strategic transfer of ownership or selection of strategic partners.

Not surprisingly, with a much lower nominal growth projection of about 11 per cent in 2022-2023, the Centre’s gross tax revenues are budgeted to grow by 9.6 per cent.

Of course, corporation tax and personal income-tax revenues are expected to grow by over 13 per cent each, but the Budget recognises the possible need for a cut in excise duty on petroleum products and has, therefore, projected a 15 per cent decline in its excise collections in 2022-23.

This is a sign of realistic revenue projections, quite apart from the fact that the finance ministry’s assessment of real economic growth in 2022-2023 may not tally with that mentioned in the Economic Survey.

What are the problematic assumptions in the Budget for 2022-2023? There are at least three issues that should cause concern.

The 32 per cent increase in market borrowings to finance the government’s increased expenditure will test the skills of the Reserve Bank of India in managing bonds and their northward yields.

This will also restrict the scope for government expenditure in the coming years, with the share of debt in GDP going up, instead of coming down from the current level of 60 per cent.

In 2020-2021, interest payments accounted for about 19 per cent of total government expenditure.

Committing almost a fourth of one’s expenditure just to finance past debts can be counterproductive.

There may be some celebrations over the way the government had allowed only a 0.86 per cent increase in its revenue expenditure in 2022-2023 and boosted its capital expenditure.

But how has the revenue expenditure been squeezed? Largely by slashing the major subsidies expenditure by 27 per cent.

The food subsidies bill will certainly come down if the PM food ration scheme is discontinued from April 2022, but can the fertiliser and petroleum subsidies bill come down if petroleum product prices go up? Similar questions will be raised over the 25 per cent cut in the Mahatma Gandhi National Rural Employment Guarantee Scheme and only a marginal rise in the PM Kisan Samman scheme for farmers.

Finally, the Budget for 2022-2023 has returned to its agenda for protectionism in the name of creating a self-reliant India.

Over 350 exemptions under customs rules and the concessional tariffs on capital goods and project imports will be phased out, paving the way for a 7.5 per cent customs duty on them.

It is a Budget that is strong on transparency as well as in adhering to the government’s political beliefs, even as it takes the risk of increased borrowing to finance higher capital expenditure.