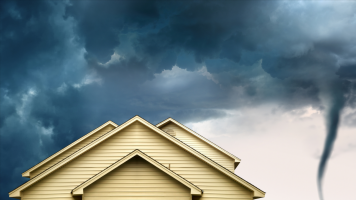 50M people in the South in the path of severe weather; ‘dangerous’ tornado outbreak possible

A “dangerous” severe weather outbreak is forecast for the southern U.S. on Thursday, especially in portions of  Mississippi, Alabama and Tennessee, the National Weather Service said.

Numerous intense and long-track tornadoes, widespread damaging winds (some hurricane-force) and scattered large hail are expected with these intense thunderstorms.

Long-track tornadoes are twisters that carve up the ground for several miles, often causing devastating damage.

Some of the major metropolitan areas in the path of Thursday’s storms include Memphis and Nashville in Tennessee; and Birmingham and Huntsville in Alabama. In all, about 50 million people live where severe storms are possible Thursday, the Storm Prediction Center said.

In Alabama, Gov. Kay Ivey declared a state of emergency for 28 counties because of the severe storm threat.

Some schools in the South closed or switched to virtual learning Thursday as severe weather threatened. COVID-19 vaccine distribution sites were also closed.

The storms should hit primarily during the afternoon and early evening, and some could potentially occur after dark.

Nighttime tornadoes are especially dangerous as many people may not know a storm is heading to their neighborhood unless closely monitoring severe weather watches and warnings, AccuWeather warned.

Ashlyn Jackson, a meteorologist at the weather service’s Jackson office, encouraged residents there to have more than one warning system in place in case severe weather strikes.

“Especially at night, sometimes things like tornado sirens won’t be enough to wake you up, so I would tell people to have other methods to stay weather-aware,” she said.

In addition to the severe weather, a flash flood watch Thursday covered northern parts of Alabama and Georgia and portions of Tennessee and western North Carolina.

Up to 4 inches of rain – with higher amounts possible – is expected in northern Alabama, according to the weather service in Huntsville.