Home » Business » A Family Opens Up About Its Investing Mistakes 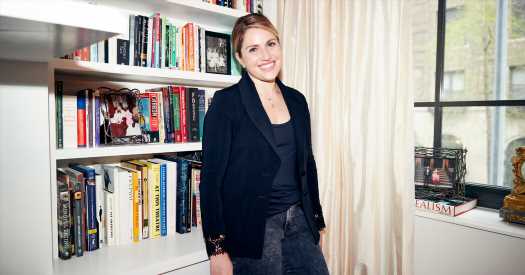 A Family Opens Up About Its Investing Mistakes

Families routinely struggle to make simple decisions. But when their members come from three generations and the issue involves how to invest nearly half a billion dollars, the discussions can quickly get complicated, to say the least.

In this case, descendants of Nathan Cummings, who owned such popular 20th-century brands as Sara Lee, Electrolux, Shasta Beverages and Fuller Brush, were deciding whether to change the way the assets in their charitable organization, the Nathan Cummings Foundation, were invested. They were debating whether to align the portfolio’s investments with the social justice values and mission of the foundation’s grant-making side.

“Why would we want to be killing the whales with our investments while trying to save them with our grant making?” said Jaimie Mayer, a fourth-generation member of the family and board chairwoman. “If you can make the same return and be aligned for impact, would you want to do that? Of course.”

Family members and outside trustees agreed, and voted in 2017 to make changes in the foundation’s portfolio. Four years later, it turns out that was the easy decision. What has proved to be challenging is making good on that promise and doing it in a way that satisfied the family, the investment committee and the outside financial adviser, while still earning enough returns to make grants, pay salaries and maintain the foundation.

What the Cummings family is trying to do — make sure its investments are adding to and not detracting from its grant work — may seem straightforward. It has been anything but.

For starters, few foundations have taken a similar route, so there was no blueprint to follow. The Cummings family is hoping that its willingness to openly discuss its mistakes will help others. As part of that, the foundation commissioned a report detailing what it learned in the past four years.

Jonathan Flack, U.S. family enterprise leader at the consulting firm PwC, said recent research had found that only a quarter of families had a clearly defined plan to apply environmental, social and governance analysis to their investments or grants. The rest were simply doing what they had done in the past.

He noted that getting a family to change course was not easy, especially when a foundation is no longer run by its founders. “When families get into the third or fourth generation, what aligns them is more narrow and less deep,” Mr. Flack said. “You tend to have a lot more opinions. It becomes more difficult to manage that. It’s a common recurring theme.”

There’s also a broader generational change at play. “It used to be people were invested, and then there was grant making,” said B.J. Maloney, head of the Philanthropy Centre at J.P. Morgan Private Bank. “Organizations are becoming more aligned holistically. Do we have the right people on staff? Are we making money in a way that matches our values of how we’re giving it away?”

An added layer of complexity is getting a family to agree to change course. Creating a strategy from scratch isn’t easy, but scrapping the old one for a new, untried one is more challenging, said John Zimmerman, president of Ascent Private Capital Management, the high-net-worth arm of U.S. Bank.

“It’s more difficult and complicated than a blank slate of paper,” Mr. Zimmerman said. “You need to get alignment from scratch or from an existing foundation.”

At the time of the board of trustees’ vote to alter the Nathan Cummings Foundation’s investment strategy, its $450 million portfolio was skewed toward what could be called less-progressive investments. Just under 43 percent of the money was invested in what the foundation’s report, which I saw early, called “no-go” assets — think fossil fuels — while 44 percent was invested in assets meant to “avoid harm.” The amount aimed at “contributing to solutions,” like providing money to historically overlooked Black businesses, was literally a rounding error: 0.1 percent, or about $450,000.

Still, there was initially skepticism on the board. John Levy, a nonfamily trustee and an entrepreneur who runs a quantum computing company, Seeqc, said he was concerned that the board could not accomplish its goals through the investment products that were then available.

“I wanted to make sure that people who are as well intentioned as this group is can pay their salaries and make their grants, and that we can do that over many years,” he said.

But Ruth Cummings, who is Nathan’s granddaughter and was then the chair, pushed the committee to consider how a change in investments could increase the impact of the grant making.

Four years later, the “no-go” bucket is down to less than 5 percent; the “avoid harm” investments are still about 44 percent. But investments in another bucket, “benefits stakeholders,” has increased considerably, to 27 percent. That’s the amount put in, say, a private equity fund that supports companies that improve the quality of health care. In addition, the investments seeking to “contribute to solutions” stand at nearly 19 percent.

“This alignment of values and mission is one of the most appropriate and promising decisions we’ve made,” Ms. Cummings, 69, said. “It’s already giving us a nice financial return on our investments as well as the social return we’ve always been seeking.”

The numbers, which show progress, are only part of the story.

“The hardest part for me has been how long it’s taken,” Ms. Mayer, 37, said. “Everyone wants to know why it’s taken so long. It looks from the outside that the optics are not good. We’ve tried to be intentional, but it’s been tough.”

Some of the findings in the foundation’s report are not new. Investors don’t have to sacrifice returns to have impact. Advisers will often steer clients toward more mainstream strategies if they are not asked to consider different metrics. And measuring impact in addition to financial returns remains a work in progress.

But the family’s assessment also challenges assumptions about investing to promote economic, gender and racial equity, particularly when compared with other areas of impact investing.

Investing in fighting climate change, for instance, is comparatively easy because there are efforts to reduce carbon dioxide. It’s also easy to measure the impact of those dollars through an accepted measure of the amount of carbon being removed from the atmosphere or never put in to begin with.

But it’s much more difficult to find investments that promote gender equity and to measure their effectiveness, the report found. Racial equity investing is more difficult still.

A year into the transition, the foundation’s outside financial adviser rejected an investment in a fund led by woman of color. That touched off a discussion about how investments had to be evaluated differently if the foundation was going to realign where it put its money.

“If we could go back in time, we would have set out from Day 1 to use broader measurement metrics,” said Rey Ramsey, a trustee and the interim chief executive. “We would have put a little stronger framework around that so we could be more intentional with aligning with a racial-equity lens from Day 1.”

The foundation now has 28 percent of its endowment invested in funds that are majority owned by women or by people of color, but only 9 percent of those funds use racial equity as a criterion in their investing.

The foundation is interviewing financial advisers to see if a different firm can bring in new ideas. But keeping the family aligned and continuing to improve its investments is hard.

“It’s like gumbo,” Mr. Ramsey said. “It tastes good in the end. But there’s a lot in that pot, and you have to watch it.”