A Legendary Designer Strikes Out on His Own to Redesign Legends

Mr. Callum believes there is still mileage left, so to speak, in some notable car designs, and his shop intends to bring certain models of yesteryear forward and show how they retain their vitality in the modern world.

“We are in the business of reimagining,” said Mr. Callum, 66, who has been working out of his design shop in Warwick, England, since retiring in 2019 after two decades as Jaguar Land Rover’s top designer. To date, he and his team of stylists, engineers and fabricators have “reimagined” the Aston Martin Vanquish and the Jaguar Mark 2; most recently they’ve announced a second-generation Corvette project.

“Some stories,” he noted with a wink during an online press event, “are better the second time told.”

The tragedy of automotive design, at least from a stylist’s standpoint, is that the industry treats it as essentially disposable. As soon as the design of one model is completed, the race begins to make it obsolete with a successor.

Great designs often have a shelf life of as little as a year or, at best, a “life cycle” of “a generation” entailing a few model years.

“Great design, timeless design, comes not from seeing other cars,” Mr. Callum explained at a Jaguar symposium a few years back. “It comes from not being able to see them, from being to imagine something entirely new, from whole cloth, as it were.” 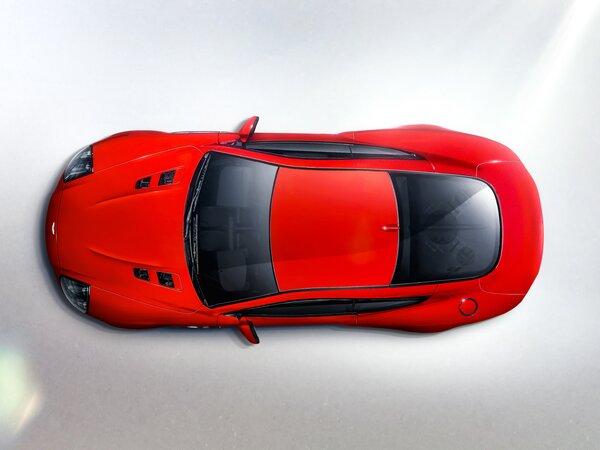 While Mr. Callum has been a devoted fan of Jaguar design since his childhood in Scotland, postmodern American design has fueled his imagination.

“What the automotive world got from Bill Mitchell and Harley Earl were more than designs — they were almost the exaggeration of design,” he said, referring to two mid-20th-century General Motors designers. “Expressive, glamorous, the essence of America. Or Hollywood.”

To illustrate his point, he revealed that he had bought a 1956 Chevy from eBay Motors, late one night on an impulse. “I clicked on ‘Buy It Now’ — the seller was in Cleveland,” he said. “He was extremely surprised at who wanted to buy it and where I wanted it shipped. But he agreed.”

Mr. Callum subsequently heaped an enormous amount of love, and subtle design and engineering improvements, upon that cherry-red classic, and perhaps that helped point him toward his newest venture. (His private collection also includes a ’32 Ford and a ’93 Mini.)

Mr. Callum’s first reimagined design involved “bringing forward” his own work on the award-winning Aston Martin DB7 and Vanquish V12 — cars that were in production largely unchanged from the early 1990s to 2018. That’s an eternity in the automotive world.

“The Vanquish was perfect for its time, but it could be better,” he said. “I know, because I designed it.”

So he has tried to visualize how the design and engineering could be advanced, unconstrained by corporate edicts on model life spans and the pence-pinching of an accounting department.

The result is the Vanquish 25, of which — as the number suggests — 25 are being built and made available for sale. The asking price is negotiable, because prospective buyers can suggest bespoke details. Figure the bottom line would be somewhere north of half a million dollars. Despite that, Mr. Callum characterized business as “brisk.”

Another model he considers not quite ready to be consigned to vintage car shows or museums, despite its age, is the original Jaguar Mark 2. He counts it among his top five automotive designs of all time (and he’s an owner, too).

Mr. Callum was still in school when it came out; he was so inspired he wrote to its designer, William Lyons, and asked about a position in the company’s design studio. Incredibly, Lyons wrote him back and advised him to study technical drawing.

So it makes a certain amount of sense — especially given his dream-come-true stint as head of Jaguar design — that Mr. Callum would try his hand at reimagining a more relevant Mark 2 for 2021 and beyond. The Callum Mk 2 is a real head-turner — at first a ringer for the original but, parked next to one, an obvious upgrade, albeit a stunning one.

This is another Callum Design limited offering with what some people might consider a staggering asking price, starting upward of $600,000, plus a donor car.

Yet buyers to date hail from Europe, the Middle East and even the United States, where the reimagined models aren’t technically road-legal.

Mr. Callum’s latest project could be his most ambitious so far: a thoroughly modernized version of the second-generation Chevrolet Corvette, which was in production from 1963 to 1967. He’s working with one of the car’s original designers, Peter Brock, 84, who sketched the original split-window coupe back in 1957.

The project is calling the vehicle Ava, which stands for the Latin phrase ad vitam aeternam, meaning “to eternal life.”

Ava will offer “hypermodern performance enveloped in the body and soul of a classic,” Mr. Callum said.

“It is a hugely exciting undertaking,” he said in unveiling the first design renderings. “We want to write a new chapter in this car’s story, using Peter’s original concept and vision, with Callum Design’s expertise in creation and engineering.”

Ava, which is to be built in Ireland, will be electrically powered, capable of producing 1,200 to 2,000 horsepower. The asking price, still being worked out, could reach $2.4 million.

Mr. Callum is coy about what else might be on his future projects list, but it would not be surprising to see something related to the 1965 Buick Riviera. “That car is still spellbinding to look at,” he said. “It is my personal favorite; it will never get old.”