Home » Business » After its $1.5b Bitcoin buy, can Tesla still claim to be green? 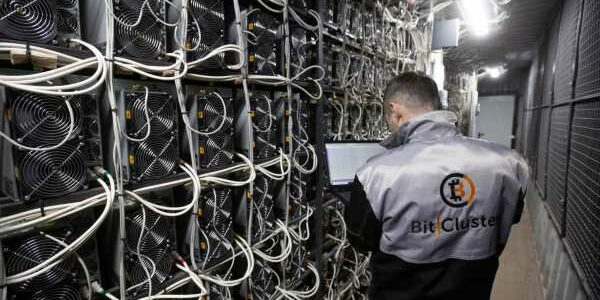 After its $1.5b Bitcoin buy, can Tesla still claim to be green?

Earlier this month, the non-profit Xprize unveiled details of Elon Musk’s US$100 million contest to design a large-scale system to take carbon out of the air and store it. The organisation called it the “biggest incentive prize in history”, a potentially huge boost for the fight against climate change.

The announcement was dwarfed, however, by the news that Musk’s electric car company Tesla has invested US$1.5 billion – fifteen times as much – in Bitcoin. Tesla said that it may also start accepting payment in the cryptocurrency, making it one of the biggest companies to back the technology.

Bitcoin’s price soon spiked to hit a new all-time high of almost US$45,000, unsurprisingly, given Musk’s Midas touch when it comes to influencing asset prices.

Boosting the price of Bitcoin is likely to win Musk a new legion of fans among the cryptorati. It may also be good for Tesla’s sales. Bitcoin investors have made fortunes in the last year as the digital currency’s price has quadrupled, but they have precious few places to spend their winnings.

The typical way for a crypto investor to demonstrate they have made it is to buy a Lamborghini. Perhaps Musk believes he can convince them to put down US$200,000 – sorry, 4.587 Bitcoin – on a Tesla Roadster instead. Maybe there are enough Bitcoin millionaires today to have a noticeable impact on sales.

But he may also lose environmental points. Bitcoin is notoriously dirty. There is a hefty electricity bill from digitally mining the currency by getting supercomputers to carry out a series of impossibly complicated calculations. The currency’s carbon output, according to one calculation, is equivalent to New Zealand’s.

It is an odd look for a company that still relies on selling environmental credits to more polluting car companies to turn a profit to be putting those profits back into something that is widely criticised as environmentally unfriendly.

Perhaps Tesla – which also has a line in solar power and battery storage – believes its influence can help turn Bitcoin green over the long term. But in the immediate future, pushing up its price is only likely to encourage further spending on the energy-hogging process by which new Bitcoins are minted.

Tesla’s early customers were environmentally-conscious, well-off buyers willing to put up with technical issues and a lack of charging stations.

Today, its vehicles are becoming affordable and reliable enough to rival gasoline-powered ones without the added benefit of a climate-conscious halo.

Perhaps Musk has made the calculation that Tesla’s cars are good enough these days that buying one doesn’t have to come with environmental bragging rights. Perhaps the Bitcoin crowd is worth more than the green one. But Musk could well lose standing among the latter.

The dirty business of Bitcoin mining

The Russian city within the Arctic circle is known for its heavily polluting nickel mines, and acid rain and smog are common.

But now, a new kind of mining is in town. Bitcluster, a Russian cryptocurrency start-up, has erected a giant scrap metal B – for Bitcoin – above a set of warehouses packed full of 5,000 digital coin mining rigs.

The benefit of being this far north, according to Bitcluster, is energy is cheap, around 0.03 cents per kilowatt hour since the city has its own power supply. It is also deathly cold, which cuts the cost of ventilating and cooling its mining kit as it heats up.

“We delved into the study of electricity tariffs in this Arctic region and decided to do it,” says Sergey Arestov, co-founder of Bitcluster. “We devoted the entire year 2020 to the active construction of the data center, and despite the pandemic, we managed.”

While it may seem like an extreme way to ensure cost-efficient cryptocurrency, it also exposes the vast energy demands needed to mint new Bitcoin – and the growing environmental cost.

“If you are using Bitcoin you do not see the environmental cost,” says Alex de Vries, founder of Digiconomist which tracks Bitcoin emissions. “There are 319kg of carbon emissions per transaction, equivalent to watching over 50,000 hours of YouTube or 700,000 Visa transactions. It is an insane amount.”

Cryptocurrency mining is the hidden process that powers the transactions that keep accounts on cryptocurrency apps such as Coinbase ticking along. The process is built into the very fabric of digital currencies such as Bitcoin.

In its simplest terms, Bitcoin transactions are verified by a huge network of independent computers. They perform complex calculations in a process called Bitcoin mining. Once the calculation is complete, the network is rewarded by new Bitcoin.

“You can compare it to a lottery. Every ten minutes a ticket is drawn, and lucky miners will have the winning ticket,” says, Michel Rauchs, of the Cambridge Centre for Alternative Finance.

At first, mining was easy. It could be done in a bedroom with a graphics-processing computer. There were almost no Bitcoin miners out there, so early miners were able to mint thousands of coins.

Now, there are thousands of miners and very few Bitcoins left. This makes the calculations vastly more difficult. The more difficult the transaction, the more computing power is needed, with factories filled with graphics processors and “Antminer” rigs crunching numbers and burning through power.

All this takes electricity. According to Digiconomist, around 77 terawatt hours of electricity annually are needed by the Bitcoin network, roughly the electricity used by Chile, emitting 37 megatons of carbon, the same as New Zealand.

Peter Wall, of London-listed miner Argo Blockchain, says its own operations rely on hydroelectric power in Canada and the US. He says: “The sector is still maturing and I expect we will see a lot of miners follow our lead.”

“Electricity consumption plays an immense role,” says Streng. “Iceland and the nordic countries are perfect in this regard. It is a cool climate and we can get close to renewable energy sources.”

However, most of Bitcoin’s mining power is believed to come from fossil fuel sources. China-based Bitcoin miners control more than 60pc of all Bitcoin processing power, and coal accounts for half of Chinese energy consumption.

Bitcoin mining has even been blamed for blackouts in Iran, where the power consumption of cryptocurrency mining firms has increased demands on its electricity network. Winter smog blanketing its capital city Tehran has become a major issue, with most power coming from natural gas or oil.

While Bitcoin’s carbon emissions may be troubling now, they are likely to get worse, says De Vries.

Every time the price of Bitcoin spikes – the coin hit US$42,000 earlier in January – demand for mining goes up. If its price is higher, miners stand to make more profit and so can bring more processing machines online.

In fact, the most popular Bitcoin processors, Antminers made by China’s Bitmain, are expected to be out of stock until August due to demand and are now selling for more than US$3700 each having doubled in price. Such hardware could ultimately become a problem of its own as e-waste mounts, says De Vries.

Cambridge’s Rauchs adds that as more traditional funds invest in Bitcoin they are going to have a trouble explaining its environmental problems to investors. “This could become a problem that might push Bitcoin more towards renewables. Some Bitcoin proponents claim it is driving innovations in renewables, but I find that a bit farfetched.”

Rauchs adds: “On the one hand, proponents of Bitcoin say it could save the world, but on the other there are those who say it has no utility and is contributing to climate change. Both are quite extreme, but the truth is probably somewhere in the middle.

“My personal view is Bitcoin’s network certainly has value. And if you look at its carbon emissions, they seem enormous, but in the US, home appliances just left on standby consume twice as much as Bitcoin in a year.”

Streng says he believes mining can be used for energy innovations, since mining kit can easily be moved close to renewable plants. Genesis, for instance, has been working on a renewables project in Sweden that can recycle waste data centre energy to warm greenhouses for crops.

De Vries, meanwhile, believe that although the problem with dirty Bitcoin production is mounting, there could be alternatives. Its “proof of work” system requires huge amounts of power, but there are other decentralised technologies being developed.

While would require “broad consensus” from the network to change, “it is still, in the end, software”.

For now, however, such change is unlikely. De Vriesconservatively estimates the energy demands of Bitcoin could double in 2021. As the cryptocurrency provokes more mainstream interest, its miners are going to be digging deeper.