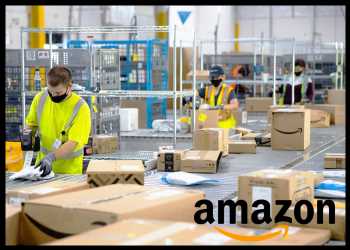 Amazon said over 1 million people have applied for a job at the tech major as part of its Career Day 2021. Job seekers from more than 170 countries have participated in the virtual event.

In addition, more than 2,000 Amazon recruiters offered 30,000 individual career coaching sessions with participants in a single day. The recruiters provided professional advice to start, transition, or grow their careers-whether they wanted to work at Amazon or elsewhere. This was higher than the company’s plan of offering 20,000 individual career-coaching sessions announced earlier.

Earlier this week, the company, which is now the largest job creator in the U.S., announced its plans to hire 125,000 employees in logistics for full-time and part-time jobs in hundreds of cities and towns throughout the United States. The latest opportunities were in addition to the 40,000 corporate and technology jobs announced earlier this month.

Since announcing Career Day 2021 on September 1, Amazon has received more than 500,000 job applications for corporate, tech, and hourly roles in the U.S. According to the company, the most popular positions among job seekers include tech roles such as software development, IT, support engineers, and operations management.

Amazon now offers an average starting wage of more than $18 per hour for the roles in its fulfillment and transportation, higher than its previous offer, and up to $22.50 per hour in some locations. In select locations, sign-on bonuses of up to $3,000 are available.

From day one, the company also provides full-time employees with comprehensive benefits worth an additional $3.50 per hour. They include health, vision, and dental insurance, 401(k) with 50% company match, and up to 20 weeks paid parental leave.

Amazon also offers its Career Choice program, in which it will pay full college tuition for its frontline employees. This is part of a $1.2 billion investment to expand education and skills training for its U.S. Workforce.

The company, which opened over 250 new fulfillment centers, sortation centers, regional air hubs, and delivery stations in the U.S. in 2021, plans to open over 100 more buildings in September alone.

Since the beginning of the pandemic, Amazon has hired more than 450,000 people in the U.S. to meet the significant boost in demand as majority of people were confined to their homes due to the lockdowns and related restrictions.