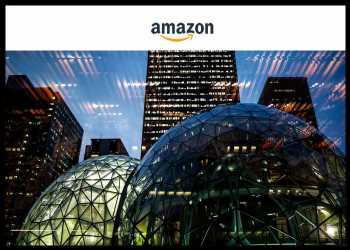 According to reports, Amazon (AMZN) workers at a delivery facility in Bellmawr, New Jersey, staged a walkout on Wednesday, accusing the company of not fulfilling its words regarding job transfers to other facilities.

Reports said that the Bellmawr location, known as DEW8, is planned to be shut down by the end of this month, and ten workers at the facility walked off the job on Wednesday morning. According to reports, one worker said that there were typically 45 employees at any given shift at the facility.

The protesting workers were joined outside the facility by many supporters, including Amazon employees from other facilities and members of the Teamsters union.

The protesting workers told reporters that they had previously been told by their employee that most of them would be transferred to a facility 11 miles away upon the closure of Bellmawr, but actually many of them have instead been transferred to Amazon facilities “much further away.” They are demanding to keep their current work schedules and to be given dollar-an-hour raises to make up for the cost of their further commute.

Other workers told reporters that they were protesting mainly against the closure of the Bellmawr facility, with one saying that they felt like Amazon was treating them like “warehouse machinery” rather than people. Live footage from the outlet showed dozens of people gathered outside the delivery plant, with some holding signs.

An Amazon spokesperson told reporters that the Bellmawr employees are being offered opportunities to work at five different sites, which are as close as nine miles from their current location.

Amazon spokesperson Maria Boschetti said in a statement, “We regularly look at how we can improve the experience for our employees, partners, drivers and customers, and that includes upgrading our facilities.”

She added, “As part of that effort, we’ll be closing one of our facilities in Bellmawr and offering all employees the opportunity to transfer to five different delivery stations close by. These facilities provide upgraded amenities, including increased on-site parking, larger operational spaces, and better breakrooms with open market vending.”