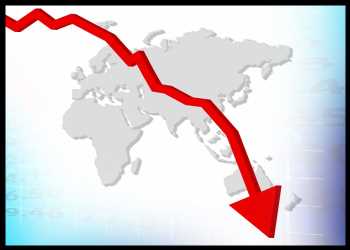 Asian stock markets are mostly lower on Wednesday, following the mixed cues overnight from Wall Street, on sliding crude oil prices and as traders are weighing the likely impact of the spread of the delta variant of coronavirus in the region and some other countries, particularly in the U.S., on the pace of economic recovery. Asian Markets closed mostly higher on Tuesday.

The Australian stock market is modestly lower on Wednesday, giving up some of the gains in the previous three sessions, with the benchmark S&P/ASX 200 staying above the 7,500 level, following the mixed cues overnight from Wall Street, as weak commodity prices and worries about a likely slowdown in global economic recovery hurt sentiment.

Traders are also getting restless amid concerns about the worsening domestic coronavirus situation in New South Wales and Victoria, with the rise in cases leading to restrictions and lockdowns.

Oil stocks are mostly mixed. Woodside Petroleum and Santos are losing almost 1 percent each, while Beach energy is declining more than 2 percent and Origin Energy is edging down 0.2 percent. Oil Search is flat.

In the tech space, WiseTech Global is edging up 0.3 percent, while Xero is edging down 0.5 percent. Appen is losing more than 2 percent and Afterpay is declining 1.5 percent.

Among the big four banks, Westpac and ANZ Banking are flat, while Commonwealth Bank and National Australia Bank are edging up 0.3 percent each.

In the currency market, the Aussie dollar is trading at $0.739 on Wednesday.

The Japanese stock market is modestly higher after being in the red briefly earlier on Wednesday, extending the gains in the previous seven sessions, with the benchmark Nikkei index breaking above the 30,000 mark, following the mixed cues overnight from Wall Street, on better-than-expected GDP numbers and domestic political developments, even as traders remain extremely concerned as the country continues to struggle to contain the rapid spread of the delta variant of the coronavirus.

In the banking sector, Sumitomo Mitsui Financial and Mizuho Financial are gaining almost 1 percent each, while Mitsubishi UFJ Financial is adding more than 2 percent.

Among the major exporters, Panasonic is gaining more than 1 percent, Mitsubishi Electric is adding almost 1 percent and Canon is edging up 0.1 percent, while Sony is edging down 0.5 percent.

In economic news, Japan’s gross domestic product was up 1.9 percent on year in the second quarter of 2021, the Cabinet Office said on Wednesday. That exceeded expectations for an increase of 1.6 percent following the 3.7 percent contraction in the previous three months. On a seasonally adjusted quarterly basis, GDP was up 0.5 percent – again exceeding expectations for 0.4 percent after sinking 0.9 percent in the three months prior. Capital expenditure rose 2.3 percent on quarter, beating forecasts for 2.0 percent after slipping 1.3 percent in the first quarter.

In the currency market, the U.S. dollar is trading in the lower 110 yen-range on Wednesday.

Elsewhere in Asia, New Zealand, China, Singapore, South Korea, Indonesia and Taiwan are lower by between 0.1 and 0.9 percent each. Malaysia and Hong Kong are bucking the trend and are gaining 0.2 percent each.

On Wall Street, stocks ended mixed on Tuesday after a somewhat cautious session with investors weighing the likely impact of surging coronavirus of the Delta variant on the pace of economic recovery. Expectations that the Federal Reserve will hold its accommodative monetary policy for a longer duration helped limit the market’s downside.

Meanwhile, the major European markets also moved to the downside on the day. While the U.K.’s FTSE 100 ended down by 0.53 percent, Germany’s DAX slid 0.56 percent and France’s CAC 40 shed 0.26 percent.

Crude oil futures settled notably lower on Tuesday amid renewed worries about the outlook for energy demand due to continued surge in coronavirus cases in several countries. The drop in prices was also due to Saudi Arabia’s decision to slash crude prices for Asia. West Texas Intermediate Crude oil futures for October ended down $0.94 or 1.4 percent at $68.35 a barrel.