In less than a week, Keri Fitzpatrick, a self-described lunch lady, was dinged for $175 she definitely didn’t have.

A succession of automated payments over two days — for her phone, two credit cards and car insurance — pushed her TD Bank account into the red, socking her with $140 in overdraft fees. Then another unexplained fee surfaced on Friday, even though her paycheck had landed and she couldn’t find any other pending charges.

Ms. Fitzpatrick, 29, said she should’ve been paying closer attention — she assumed she had more money in her account. But she still couldn’t believe how quickly the charges piled up.

“It’s not like one fee comes out for one day. It is $35 for each of those,” said Ms. Fitzpatrick, of Peterborough, N.H., who oversees a middle school cafeteria. “It is just outrageous.”

Overdraft fees, initially marketed as a convenience, have proliferated in the past quarter-century. Rather than bouncing a check or other payment, these programs reassure customers that a bill won’t go unpaid or an emergency purchase won’t be denied — even though they can turn a $3 coffee into a $38 extravagance.

Since then, overdraft protections have become known as an aggressive way to siphon fees from consumers. Although customers must opt in to overdraft protections for debit or A.T.M. withdrawals, banks don’t need their permission to charge fees for online payments or checks instead of letting them bounce.

All told, overdraft fees are worth billions of dollars to banks each year. The charges were so lucrative to one midsize institution that its chief executive once named his boat after them.

But the tide may be changing: An increasing number of banks are introducing services including grace periods and small short-term loans that provide less-punitive alternatives — if users qualify. Generally that means having a consistent deposit history, like regular paychecks, or other qualifications that may include a longstanding account.

The biggest shift occurred this month when Ally Bank said it would eliminate its $25 overdraft fee altogether, giving customers six days to get in the black again before it potentially limits how they use their accounts.

A number of other banks are taking smaller but still notable steps. PNC Bank introduced a “low cash mode” service that alerts customers when their balance drops to $50, and again when it goes negative. If that happens, they have at least 24 hours to make it right before they are hit with a $36 fee, capped at one a day.

Bank of America introduced a credit line called Balance Assist in October: For a $5 fee, customers can borrow up to $500 that they must repay in equal installments over the next three months.

And in May, Chime, a popular financial technology firm that offers banking services, increased the limit of its SpotMe overdraft service to $200, which is recouped from the customer’s next paycheck. 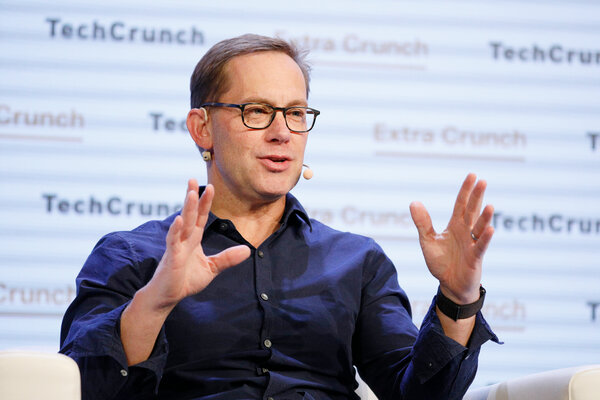 “It’s a very low-cost thing for us to do that creates tons of good will,” said Chris Britt, Chime’s chief executive.

Together, these changes are a meaningful shift in the way banks deal with customers who can least afford these fees, including a disproportionate number of Black and Latino households.

The Consumer Financial Protection Bureau found that frequent overdrafters — those with 10 or more annual occurrences — made up only 9 percent of all bank accounts but paid 79 percent of all overdraft and nonsufficient-fund fees, according to a 2017 analysis that studied data from several large banks.

“Overdraft is often serving as a very expensive form of credit,” said Alex Horowitz, a senior officer for the Pew Charitable Trusts. A third of overdrafters treat the programs as a way to borrow small amounts of money because they don’t have access to more traditional forms of credit, according to a report from the charity’s consumer finance project.

Despite the fine print of newer overdraft-avoidance services, Mr. Horowitz said they were likely to help habitual overdrafters because the programs were largely based on account history, which tends to be more accommodating than credit scores.

Overdraft fees have been a boon to banks. Revenue was $31.3 billion in 2020, according to Moebs Services, an economic research firm, down 10 percent from $34.6 billion in 2019. (Banks account for 78 percent of overdraft and insufficient fund fees, followed by credit unions at 20 percent and savings banks and fintechs at less than 2 percent.)

Overdraft fees peaked at $37.1 billion in 2009 and then began to decline after new regulations in 2010 required banks to receive consumers’ consent to opt in to overdraft services covering debit transactions and A.T.M. withdrawals. These recent moves by banks could push that number down further: PNC, for example, said its low-cash alert program would cost it up to $150 million a year in revenue.

“We do expect an evolution of these products that allow customers to avoid having to pay an overdraft fee,” said Gerard Cassidy, the head of U.S. bank equity strategy at RBC Capital Markets.

Consumer advocates say financially vulnerable consumers shouldn’t have to rely on the magnanimity of banking executives and have urged regulators to tighten the overdraft rules, which were last addressed more than a decade ago.

“The most egregious practices are largely the same as they have been for nearly 20 years,” said Rebecca Borné, a senior policy counsel at the Center for Responsible Lending, an advocacy group. “Charging a fee averaging $35 apiece for things that cost the bank very little, charging overdraft fees on small debit transactions, charging up to $140 in fees in a single day and calling that a limit.”

It’s not clear whether the Consumer Financial Protection Bureau or other regulators will pursue any changes. “Overdrafts have the potential to be very costly for consumers,” a bureau spokeswoman said, “and we are continuing to monitor market activity in this area.”

But lawmakers have taken notice. Democrats in both chambers of Congress plan to reintroduce bills that would create more overdraft protections, banning overdraft fees on debit transactions while adding other safeguards.

And during a hearing last month, Senator Elizabeth Warren, Democrat of Massachusetts, rebuked big bank executives for continuing to charge overdraft fees to struggling consumers during a pandemic.

Many large and regional banks offer accounts without overdraft fees, where overdrawn amounts are simply declined, but some have begun only recently: Chase began offering such account in 2019, and Wells Fargo started last year. The top 20 banks nonetheless collected about $6 billion in overdraft fees in 2020, down 32 percent from 2019, while the three largest banks, Bank of America, JPMorgan and Wells Fargo, accounted for $4 billion of that, Mr. Cassidy of RBC Capital said.

In many cases, however, it has been smaller banks that have netted outsize fees. Aaron Klein, a senior fellow at the Brookings Institution, recently found that several small banks had become “overdraft giants, relying on overdraft fees as their main source of profit.” At six banks, overdraft revenues accounted for more than half of their profit, he said.

“It is insane that our financial regulatory system has allowed these banks to operate with this business model,” Mr. Klein said.

One bank that drew scrutiny over its fees in the past is TCF National Bank, the institution whose former chief named his boat Overdraft. The bank was recently purchased by Huntington, a bank based in Columbus, Ohio. This month, Huntington said it would provide a line of credit of between $100 and $1,000 that could help consumers cover emergency expenses and avoid an overdraft if it was tapped within 24 hours. The loan is free if the customer agrees to sign up for automatic payments to pay it back over three months.

That’s in addition to an expansion last year of another consumer-friendly policy. Huntington already provided a 24-hour grace period for customers to bring their account back into balance before charging any overdraft fees. In September, it said customers wouldn’t be charged fees even if they remained $50 overdrawn, up from $5.

All of these efforts can help distressed consumers, but some consumer advocates aren’t convinced they go far enough. “Improvements like these made by a few or even a significant number of banks are not likely to add up to the systemic reform needed to stop consumers from getting hammered,” said Ms. Borne of the Center for Responsible Lending.

So the onus remains on consumers to navigate the system and find better options where they can. Violet Rae, a 31-year-old former campaign consultant who uses gender-neutral pronouns, started using a mobile-only financial institution, Aspiration, about two years ago. It doesn’t charge for an accidental overdraft, giving users 60 days to make it up.

But the stress of experiencing repeated $36 overdraft fees from Chase in the past has stuck with Mx. Rae. Just last month, a phone alert sent Mx. Rae into a panic — their account was 47 cents overdrawn. But there was no associated overdraft charge to send their balance deeper into the red.

“It was really comforting,” Mx. Rae said, “but also really disappointing and depressing to know how many people out there are also struggling.”