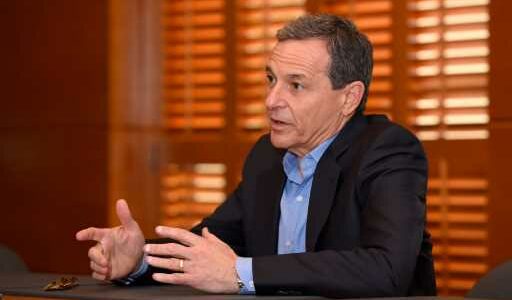 “It has been a very trying year. The most difficult we’ve had in recent memory, if ever,” said Bob Iger, first up Tuesday at the company’s virtual annual shareholders meeting. Sounding moved, he noted that it would be his last as he prepares to exit after 16 years as CEO and, more recently, executive chairman, and well over 40 years at the company.

Iger was named chief executive in 2005, replacing Michael Eisner. Last February, in a surprise announcement days before the pandemic took hold, Disney passed the CEO baton to another longtime executive, Bob Chapek. Iger assumed the title of executive chairman and the role of overseer of the company’s content assets through the end of 2021 when his contract ends.

Chapek, speaking later at the event, expressed “how grateful I am for the opportunity he has given me and for his faith in me. Bob has led this company to amazing heights over the year and I look forward to continuing to build on his remarkable legacy.”

“When I assumed the role of CEO none of us could have imagined how the virus would have changed the world and our way of life,” and also the business, Chapek said. “However, we have persevered.” Some parks are online and more coming, theaters are slowly reopening, including in New York City last weekend, production has picked up. and streaming is going great guns. Chapek wasn’t sure about restarting cruise lines but said maybe in September.

Iger was a transformation CEO, overseeing acquisitions of Pixar, Marvel, Lucasfilm and 21st Century Fox. He noted the challenge, in a fast-moving media landscape, of serving shareholders, employees and consumers well. The former certainly have no reason to lament. Disney shares have surged over the past year driven by Disney+ and now what appears to be the cusp of a vaccine-driven economic revival. The shares are trading at about $195, well up from a $52-week low of $79. Its market cap is $354 billion.

Iger focused today, as he has in the past, on the importance of “quality storytelling.” is the He said it’s what he recalls talking about on stage in March of 2006 in Anaheim at his first annual meeting as CEO. Disney turns 100 next year. “I’m certain that [quality] will remain the case for the next 100 years and beyond.”

During a Q&A, several shareholders thanked him for his service to the company.

The event, which usually resembles a party with more sizzle reels and kids in tow than the average annual meeting, was crimped as much is nowadays by a virtual format. During a Q&A, several shareholders thanked him for his service to the company. Others criticized executive compensation, board diversity and transparency. (Iger’s pay package totaled $21 million for Disney’s last fiscal year ended in September. Chapek earned $14.2 million.)

Disney is one of a number of companies that suspended political contributions after the violent attack on the U.S. Capitol for politicians who opposed Electoral College results. The first of two stockholder resolutions asked for more transparency in Disney’s lobbying spend to make contributions easier to track. The second asked that non-management employees be included on director nominee candidate lists.

California has passed laws requiring diversity on boards for companies based in the state. Chapek said it’s a priority “to make sure that we have representation for all ethnicities and different social groups.”