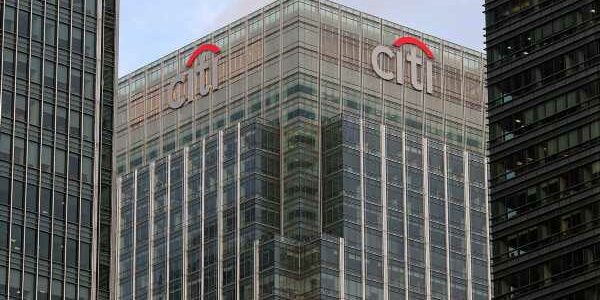 The bank plans to have one day each week when workers can avoid being on-camera for internal calls. “We are all feeling the weariness,” Citi’s chief executive said.

Happy hours and “Casual Fridays,” team doughnuts and coffee trips have all fallen by the wayside in the past year, as one office tradition after another was curtailed by the reality of remote work.

But Citigroup, one of the world’s largest banks, is trying to start a new end-of-week tradition: Zoom-free Fridays.

The bank’s new chief executive, Jane Fraser, announced the plan for “Zoom-free Fridays” in a memo sent to employees on Monday. Recognising that workers have spent inordinate amounts of the past 12 months staring at video calls, Citi is encouraging its employees to take a step back from Zoom and other videoconferencing platforms for one day a week, she said.

“The blurring of lines between home and work and the relentlessness of the pandemic workday have taken a toll on our well-being,” Fraser wrote in the memo, which was seen by The New York Times.

“After listening to colleagues around the world, it became apparent we need to combat the ‘Zoom fatigue’ that many of us feel,” she wrote.

The memo said that no one at the company would have to turn their video on for any internal meetings on Fridays. External meetings would not be affected: “There still will be client and regulator meetings that need to happen via Zoom,” it said.

Citi — the third-largest bank in America and the 13th-largest globally by assets, according to S&P Global — also asked its 210,000 workers around the world to make sure they take their vacation time and designated Friday, May 28, a companywide holiday for all workers to be off and “reset.”

The bank outlined other steps to restore some semblance of work-life balance. It recommended employees stop scheduling calls outside of traditional working hours, and pledged that when employees can return to offices, a majority of its workers would be given the option to work from home up to two days a week.

“We are all feeling the weariness,” wrote Fraser, who took up her role as Citi’s chief executive this month and is the first woman to lead a major American bank. The pressure is high for Citi to turn itself around, after a banker’s mistake sent nearly US$1 billion wired to the wrong people and the bank was handed a US$400 million fine by federal regulators last year over long-running problems.

But complaints of “Zoom fatigue” have emerged across industries and classrooms in the past year, as people confined to working from home faced schedules packed with virtual meetings, and found that their hours of on-camera work were often followed up by long video catch-ups with friends.

The widespread feeling of burnout prompted research from Stanford University trying to explain why video calls felt so draining.

In a peer-reviewed article published in the journal Technology, Mind and Behavior last month, Jeremy Bailenson, the founding director of the Stanford Virtual Human Interaction Lab, outlined several reasons video calls can be so much more exhausting than in-person conversations.

He found that the excessive eye contact involved in video calls, the unnatural situation of seeing ourselves on-screen and having to stay in the same fixed spot all contribute toward “Zoom fatigue.”

Video calls are also harder mental work for us, Bailenson said in a news release, because we have to put in more effort to make and interpret nonverbal communications. “If you want to show someone that you are agreeing with them, you have to do an exaggerated nod or put your thumbs up,” he said. “That adds cognitive load as you’re using mental calories in order to communicate.”

Dr. Aaron Balick, a psychotherapist and the author of “The Psychodynamics of Social Networking,” said a key mistake companies made when setting up work-from-home conditions last year was to treat Zoom calls as the equivalent of face-to-face meetings. He said that they failed to consider the additional mental burden placed on workers and the downtime needed to process what was said between calls.

“They require different intellectual muscles,” Balick said in an interview on Wednesday, adding that Zoom calls needed to be treated as a “functionally different thing.”

Citi’s “Zoom-free Fridays” have the right spirit behind them, he said, though he added, “if you’re doing back-to-back Zooms Monday through Thursday and then have a day off Friday, that’s still not quite good enough.”

Employees need more opportunities to block out uninterrupted time to work without the distractions of calls and meetings, he said. Without the structure and routine of office life, many people have also fallen into the trap of working longer hours because they have no external cue telling them when to switch off, he added.

Research has found that the stresses of the pandemic and increased workloads have meant some employees could be working as much as two hours a day more than usual.

For Wall Street, which even before the pandemic had a notorious reputation for extreme hours, Citi’s efforts to introduce a more flexible approach to work will probably not go unnoticed.

Last week, a survey of 13 first-year Goldman Sachs analysts drew attention on social media, with the analysts claiming they worked an average of around 100 hours a week and felt they were victims of workplace abuse.

Goldman responded in a statement that “a year into Covid, people are understandably quite stretched.” It said it was “listening to their concerns and taking multiple steps to address them.”