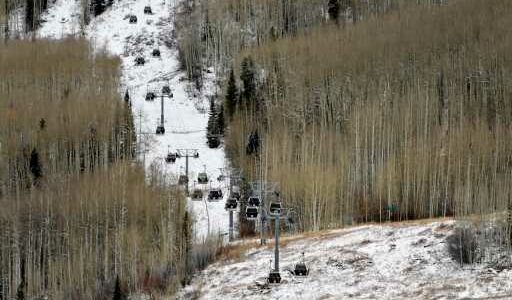 Colorado hiring stays strong in November, despite a slow start to ski season

U.S. job growth slowed sharply in November, but Colorado employers managed to maintain their hiring momentum, adding a net 9,800 non-farm jobs, according to a monthly update from the Colorado Department of Labor and Employment.

“I was surprised to see the magnitude of employment gains in November, given the slower rate of growth at the national level. The consistent rate of job growth for the past three months is the most encouraging aspect of the Colorado report,” said Broomfield economist Gary Horvath in an email.

November’s gain is just below the revised gains of 9,900 jobs added between September and October in Colorado. Nationally, employers added 546,000 non-farm jobs in October and only 210,000 in November, a 61.5% decrease.

Colorado’s job gain last month overcame a seasonally-adjusted monthly loss of 1,700 jobs in leisure and hospitality, a sector that has accounted for nearly half the jobs added in the state this year, said Ryan Gedney, senior labor economist with the state labor department. Some of that underperformance is likely the result of a slower than expected start to the ski season due to a lack of snow.

Gedney said the state officially has to recover another 53,600 jobs to get back to where it was in February 2020. He expects benchmark revisions early next year will show an undercount of about 20,000 jobs.

“Thirty-five thousand jobs is the more likely gap,” Gedney said. If so, Colorado should get back to pre-pandemic job counts late in the first quarter or some time in the second quarter given the current pace of hiring.

In the more rural parts of the state outside a metro area, the job recovery rate is at a combined 79%, Gedney said.

Accounting for population growth, the state will need to average 8,923 jobs per month through December 2022 in order to get back to a pre-pandemic employment-to-population ratio, said Chris Brown, vice president of policy and research at the Common Sense Institute, in an analysis of the state report.