Daniel Craig And Ruth Negga Heading To Broadway In ‘Macbeth’

Daniel Craig will return to Broadway next spring in the starring role of Shakespeare’s Macbeth, with Ruth Negga taking on Lady Macbeth in an all-new, 15-week production to be directed by Tony Award winner Sam Gold, producers announced today.

Macbeth will begin performances on Tuesday, March 29, 2022, at Broadway’s Lyceum Theatre, with an official opening on Thursday, April 28, 2022.

Additional casting will be announced at a later date.

“Daniel is not only a great film actor but a magnificent theatre actor as well,” said Macbeth producer Barbara Broccoli, who also produces the James Bond film franchise that featured Craig in the title role. “I am thrilled that he will be supporting the return of Broadway playing this iconic role with the exquisitely talented Ruth Negga making her Broadway debut and under the expert direction of Sam Gold.” 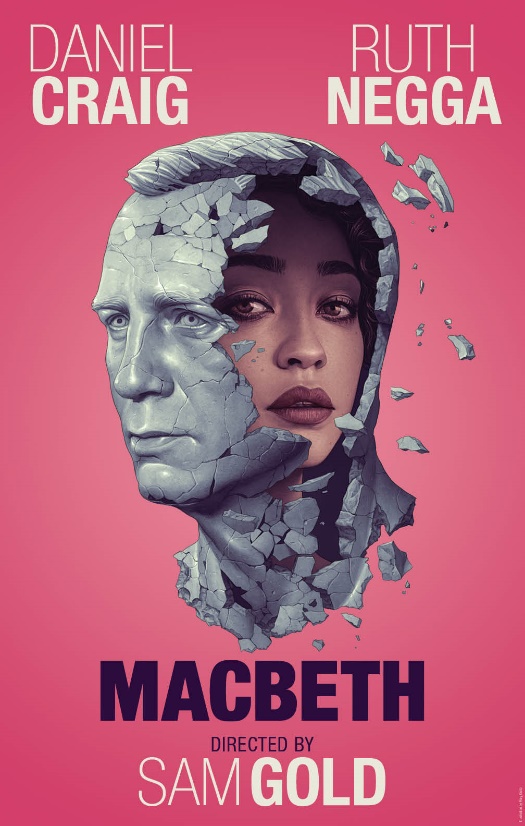 Gold, who was Tony-nominated in 2017 for A Doll’s House, Part 2 and won the award in 2015 for Fun Home, said in a statement, “I am beyond thrilled to be participating in this historic season as theatre re-emerges, and to be working with two such masterful actors on one of dramatic literature’s most challenging and epic dramas.”

The announcement adds significant star power to Broadway’s first spring since the Covid pandemic shut down the industry in March 2020. Craig, whose fifth outing as James Bond, No Time To Die, had its world premiere at London’s Royal Albert Hall last night, is also set to return for a sequel to the 2019 hit Knives Out.

The Broadway project also reteams Craig with Gold, who directed the actor in a 2016 Off Broadway production of Othello. Craig last starred on Broadway in a Mike Nichols-directed 2013 production of Harold Pinter’s Betrayal opposite  Rafe Spall and Rachel Weisz. Craig made his Broadway debut opposite Hugh Jackman in a 2009 production of playwright Keith Huff’s A Steady Rain. (Jackman also returns to Broadway this season in a musical revival of The Music Man.)

Craig’s London stage credits include Hurlyburly with the Peter Hall Company at The Old Vic, Angels in America at The National Theatre and A Number at the Royal Court with Michael Gambon.

Negga, Oscar-nominated for her starring role in 2016’s Loving, made her New York stage debut last year in the the title role of Hamlet at St. Ann’s Warehouse Off Broadway. Her many UK stage credits include productions at The Abbey Theatre, The Royal Court Theatre, The Old Vic, and The National Theatre, among others.

On television, she’ll star this fall in Rebecca Hall’s Passing, opposite Tessa Thompson on Netflix, and has appeared in AMC’s Preacher and on ABC’s Agents of S.H.I.E.L.D., among other shows.