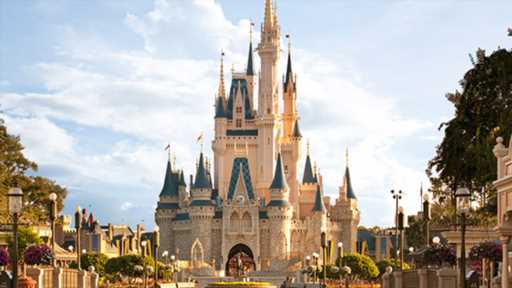 An op-end in The Orlando Sentinel slamming Disney’s “wokeness” has set Twitter ablaze with Patricia Arquette, James Gunn, Patton Oswald and many others weighing in to defend the company’s tweaks to popular attractions at Disney World.

“Disney is in the process of taking the woke scalpel to the Jungle Cruise. Trader Sam is out because he might offend certain people. Every grown-up in the room realizes that Trader Sam is not a representation of reality and is meant as a funny and silly caricature. It is no more based in racism than every Disney caricature of an out-of-touch white American dad,” wrote Jonathan VanBoskerc, of North Las Vegas, Nevada, in the paper today.

The self-proclaimed Christian, conservative Republican first objected a recent edict from Disney brass allowing staffers to sport tattoos on the job before taking aim changes to Splash Mountain “because of its association with Song of the South,” and to the Pirates of the Caribbean attraction.

“Pirates used to be one of my favorite attractions. My family would always ride it first on our first day at the Magic Kingdom. Now, we do not even ride it every trip. When my family rides Pirates now, each of the changed scenes takes us out of the illusion because they remind us of reality and the politics that forced the changes. Disney World is going to lose us as customers if it continues down this path,” he said.

Responded James Gunn: “The ‘wokeness,’ specifically, is seeing cast members tattoos & removing a character named ‘Trader Sam’ from Jungle Cruise. A grown man sees these things (or doesn’t see them) & gets all worked up & the experience is ‘ruined’ for him. Somehow he doesn’t see this as HIS problem.”

“This guy is taking the Christ right out of Christian if he doesn’t understand why racist imagery is not acceptable,” tweeted Patricia Arquette.

“Imagine being a person who can no longer bring himself to ride Pirates of the Caribbean at Disney World because they got rid of the ‘Take a wench for a bride’ scene with crying women tied together by ropes,” read another tweet.

VanBoskerc ended by asking, “Disney, please return to the values and vision of Walt. The customer experience should be the core of your business model. Immersion should not be sacrificed on the altar of political correctness and appeasing the Twitter mob.”

Trader Sam, a shrunken head dealer who appeared near the end of the Jungle Cruise ride, was removed earlier this month as part of an ongoing overhaul of the attraction and a commitment to remove negative depictions of native people.

Disney announced last June that the Splash Mountain ride would be re-themed to focus on the 2009 animated film The Princess and the Frog. Disney chairman Bob Iger has called Song of the South, a film set on a Georgia plantation after the Civil War and whose characters are depicted in the ride, “not appropriate.”

In 2017, Disney altered its Pirates of the Caribbean ride, removing a depiction of a bridal auction, where pirates auction off captive women. At Disneyland in 2006, the company also added an anamatironic Captain Jack Sparrow in three locations in the attraction. Captain Jack cwas created for the studio’s blockbuster film franchise, long after the ride became a fan favorite.