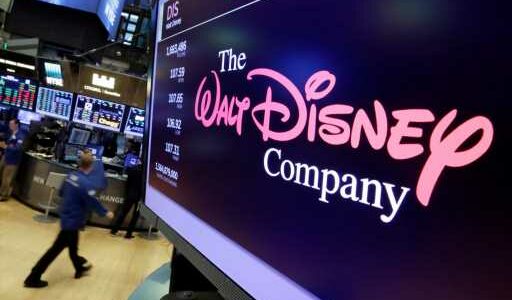 Disney stock, which ran up to an all-time record in advance of Thursday’s quarterly earnings report, have sold off a bit today even as many analysts remain upbeat about the media giant’s prospects.

The company exceeded analysts’ expectations with results for its fiscal first quarter, despite a $2.6 billion hit to theme parks due to Covid-19 and a drop in streaming revenue per subscriber. The growth story of Disney+, which reached 94.9 million global subscribers by the end of the quarter on January 2, is continuing to goose the stock as investors increasing reward it for streaming’s potential.

Shares in Disney were at $188.97 midway through the session, down about 1%, on slightly above-average trading volume. Their high point came earlier in the week, at $193.83.

Disney, WarnerMedia And ViacomCBS Slate Virtual Upfronts In Familiar May Slots, But Other Moves Show Ad Traditions In Flux – Update

One analyst firmly in the bull camp is John Hodulik of UBS, who upgraded the stock to a “buy” last month. In a note to clients Thursday night, he reiterated his positive rating, with a 12-month price target of $200. He noted progress in streaming, which he expects to continue with the launch of the company’s Star-branded service in Latin America and Europe later this year. “Meanwhile, vaccine progress, pent-up
demand and pandemic-driven cost efficiencies position the Parks segment for a strong rebound in fiscal 2022 and record profits in fiscal 2023,” he wrote in a note to clients.

Ben Swinburne of Morgan Stanley reaffirmed his “overweight” (buy) rating on Disney shares, also with a $200 target. He was similarly persuaded by the results in the theme-park unit. “While the road to recovery remains long and uncertain, it appears the worst is behind it and underlying demand/operating leverage encouraging,” he wrote about parks in a research note.

Even the company’s linear networks business, which has been overshadowed by streaming, had its “first clean quarter” since the launch of the ACC Network in August 2019, Swinburne said. Operating income there was $600 million better than estimates, mostly due to lower expenses. (CFO Christine McCarthy did caution analysts on the call that sports rights spending could pile up in unusual ways in upcoming quarters due to the effects of Covid-19 on the sports landscape.)

Those positive assessments are typical. Only one Wall Street firm, BMO Capital Markets, has issued a downgrade on Disney shares in the past several months, despite the massive toll of the coronavirus pandemic.

A few analysts are staying on the fence, however. Michael Nathanson of MoffettNathanson maintains a “neutral” rating on the company’s shares. In a note to clients, he lowered his 12-month price target by $5 to $175 based on the earnings report. He said the company can be viewed as consisting of three distinct “mice.” The “old grey mouse” runs a declining but still cash-generating linear networks business; the “recovering mouse” has theme parks and content operations battered by Covid-19 but starting to rebound; and the “DTC mouse” posts steady growth of streaming subscribers.

Wall Street, Nathanson observed, has taken a “massively optimistic view” of Disney’s streaming business, but revenue-per-user results underperformed his expectations and give him some pause. At the same time, he said, “this quarter’s Domestic Parks revenues were materially better than we thought due to stronger attendance and per-capita spending. We think the Parks recovery is not a question of if, but when.”

Doug Creutz of Cowen & Co., who also has a “market perform” rating on Disney, finds that “the accounting mechanics here are a bit opaque” in direct-to-consumer reporting due to changes in the company’s structure. Disney recently created two large divisions of its company: Media and Entertainment Distrbution and Parks, Experiences and Products. In Creutz’s view, Disney could be more thorough and clear in reconciling the new structure with previous financial guidance.

The analyst also sounded a cautionary note on theme parks despite a bullish outlook from CEO Bob Chapek, who echoed government forecasts that by April all Americans who want a vaccine will be able to get it. By 2022, no one attending a Disney park will need to wear a mask, the executive also predicted during the earnings call.

“With the spread of Covid-19 having accelerated through the holiday period, we expect the parks to remain under heavy pressure through at least the first half of the fiscal year,” Creutz wrote in a research note. “While vaccines are now being deployed, the situation remains very fluid with new variants of the virus displaying some resistance to current vaccines.”