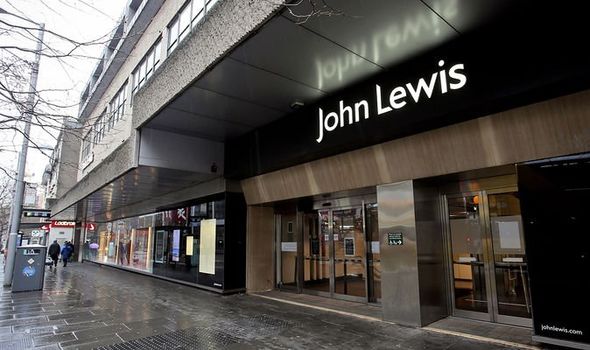 The organisation is in the process of cutting a further 1,500 jobs at head office.

After a record £635million interim loss last September, largely due to write-downs on shops, Dame Sharon told the mutual’s 80,000 partners that they would receive no bonus for the first time since 1953.

Any further closures will be another blow to high streets and town centres reeling from the collapse of Debenhams and Sir Philip Green’s Arcadia Group.

Those will leave more than 600 empty shops across the country between them.

The Centre for Retail Research has calculated that 182,564 retail workers lost their jobs last year, with 16,045 stores closing.

In some instances, John Lewis may close a store but relocate to a smaller property nearby. An announcement on the cull, which could shrink its estate from 42 to as few as 34 shops, is expected before, or alongside, the annual results on March 11.

A review before the pandemic is said to have concluded that 20 stores would not be viable.

Strong trading in John Lewis’s online business has, however, offset the damage.

John Lewis has repaid the £300million it borrowed under the Bank of England’s coronavirus loan scheme ahead of schedule after trading over Christmas surpassed expectations.

The mutual, which also owns supermarket Waitrose, said it expected full-year profits to come in ahead of its previous guidance of a small loss or a small profit.