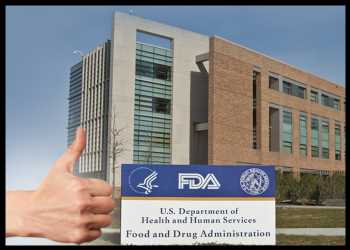 The System, manufactured by MicroTransponder Inc., is a drug-free rehabilitation system intended to treat moderate to severe upper extremity motor deficits associated with chronic ischemic stroke using vagus nerve stimulation or VNS. The stroke is caused by a blockage of blood flow to the brain with long-lasting symptoms.

The regulator approved the system after evaluating its safety and effectiveness in a clinical study of 108 patients at 19 clinical sites in the U.S. and the U.K. who received the Vivistim System.

The System, a prescription device, may be used in both clinical and at-home settings to provide VNS. It is intended to be used, along with post-stroke rehabilitation therapy, in patients who have had ischemic stroke.

The System is not approved for use outside of its intended use to stimulate the vagus nerve during chronic ischemic stroke rehabilitation therapy for moderate to severe loss of upper extremity function. It should not be used in patients with vagotomy, which is surgical removal of part of the vagus nerve.

The Vivistim System was granted Breakthrough Device designation. The FDA reviewed the System under the Premarket Approval or PMA pathway, which is the most stringent type of device marketing application required by the agency.

Christopher Loftus, acting director of the FDA’s Center for Devices and Radiological Health’s Office of Neurological and Physical Medicine Devices, said, “People who have lost mobility in their hands and arms due to ischemic stroke are often limited in their treatment options for regaining motor function. Today’s approval of the Vivistim Paired VNS System offers the first stroke rehabilitation option using vagus nerve stimulation. Used alongside rehabilitative exercise, this device may offer benefit to those who have lost function in their upper limbs due to ischemic stroke.”