New York (CNN Business)America’s road to economic recovery is littered with obstacles, beginning with soaring inflation and the rapidly spreading Covid-19 Delta variant. Now political bickering in Washington is looming as yet another hurdle.

If Congress doesn’t raise the debt ceiling, the federal government will likely run out of cash by October or November, according to the Congressional Budget Office. Senate Minority Leader Mitch McConnell is already vowing that Republicans will not vote to raise the federal borrowing limit — even though failing to do so risks a default that would tank the economy. 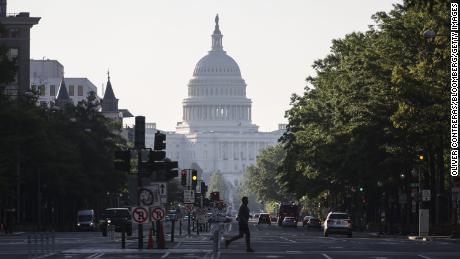 This raises the specter of Washington repeating the mistakes of the 2011 debt ceiling debacle by gambling with the full faith and credit of the United States. That episode sent markets into a tailspin and resulted in the unprecedented downgrade of America’s prized AAA credit rating.

“The last thing the economy needs is an artificial crisis,” said Joe Brusuelas, chief economist at RSM. “The risk is that the political polarization in Washington is so intense that politicians who should know better begin to throw around words like ‘default.'”

A default would be disastrous. US debt is considered among the safest securities on the planet, the benchmark for measuring all other risk. Even a near-default could send interest rates spiking, lifting the cost of borrowing on everything from car loans to mortgages. Markets would tumble.

During a hearing in May, JPMorgan Chase (JPM) CEO Jamie Dimon urged lawmakers not to even think about going down this path again. An actual default, Dimon said, “could cause an immediate, literally cascading catastrophe of unbelievable proportions and damage America for 100 years.”
Brusuelas echoed that sentiment. “If one wants chaos across financial markets and a replay of the global financial crisis, this would be the quickest road to hell,” he said. “The adults in the room need to take control.”
Yet this week McConnell signaled a brewing fight over the debt ceiling. 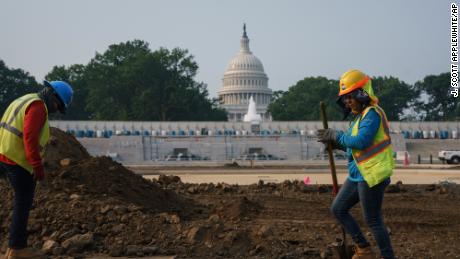 “I can’t imagine there will be a single Republican voting to raise the debt ceiling after what we’ve been experiencing,” the Senate minority leader said in an interview with Punchbowl News published Wednesday.
President Joe Biden responded by pointing out that Republicans had no problem raising the borrowing limit when a Republican was in the White House.
“You know, for the last four years, they’ve just extended the debt limit,” Biden told reporters.
In 2019, Congress voted to suspend the debt limit altogether, but that two-year suspension expires at the end of this month.
The Treasury Department can take extraordinary steps to keep the lights on — but not for long. Those measures will most likely be exhausted in October or November, the nonpartisan CBO estimated on Wednesday.

‘We’ve been here before’

This situation adds to the numerous question marks facing the US economy over when soaring inflation will cool off and the summer spike in Covid-19 cases driven by the Delta variant will taper.
“The timing of the debt limit deadline and the intersection of the issue with the broader fiscal debate is likely to lead to elevated uncertainty in late September when Congress will need to extend spending authority,” economists at Goldman Sachs wrote in a report sent to clients Wednesday night.
Wall Street seems unfazed, for now at least.
Despite Monday’s slide, the US stock market remains within striking distance of all-time highs. There are no signs of alarm about this issue in the Treasury market, either. 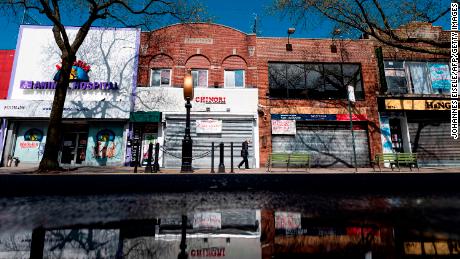 “We’ve been here before,” Guy LeBas, chief fixed income strategist at Janney Capital Markets, wrote in an email.
LeBas said investors would become concerned only if there was a “real risk” that the US Treasury would fail to make payments on maturing Treasury bills. And he added that would probably be three to four months after emergency cash measures begin, suggesting “there’s plenty of time” for Congress to raise the debt ceiling.

Goldman Sachs economists expect Congressional Democrats will combine the debt limit vote with a must-pass spending bill, a brinksmanship gambit that has been done in the past.
“While Senate Republican Leader McConnell has indicated that Republicans will not vote for suspending the debt limit, they might ultimately support it if the alternative is voting against spending authority, which would lead to a government shutdown,” Goldman Sachs economists wrote in the note.
Ed Mills, Washington policy analyst at Raymond James, doubts this will get settled through bipartisanship. He predicts Democrats will lift the debt ceiling through budget reconciliation as part of a major spending program, which requires only a simple majority.
“To me, this has always been the end game,” Mills said. 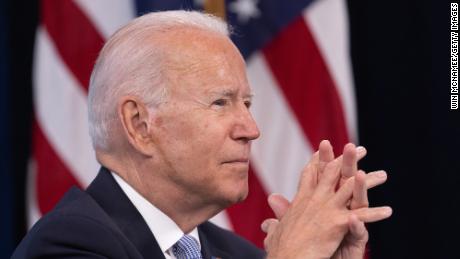 Even though many see a way to avoid a debt ceiling disaster, the brinksmanship itself only amplifies concerns about the political health of the United States.

Fitch Ratings warned earlier this month that it could remove America’s perfect credit rating due in part to worsening political polarization and the ongoing assault on democracy displayed by the January 6 insurrection.
Fitch concluded that governance is a “weakness” in the United States — and another standoff over the debt ceiling will only solidify its thinking.
Source: Read Full Article