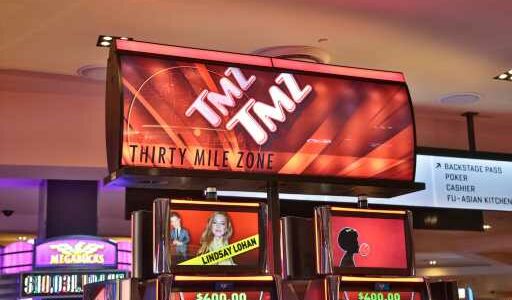 Fox Corp.’s entertainment division has closed its acquisition of TMZ from WarnerMedia, confirming that founder and managing editor Harvey Levin will continue with the newly situated company.

Terms were not disclosed, but the deal is believed to be worth less than $50 million. Reports earlier this year in several press outlets indicated a price more than twice that level, so the final cost seems to be a bargain given the many places where Fox will be able to rely on TMZ for content.

Fox will now own and operate all of TMZ’s linear, digital and experiential assets, including syndicated magazine programs TMZ and TMZ Live. The TV series had created a connection between Warner and Fox, with both shows airing on 18 network affiliates owned by Fox’s station group. TMZ Sports airs on FS1.

As it has expanded over the past couple of decades, TMZ — whose initials stand for the “thirty-mile zone” around Hollywood– has added branded celebrity tours and casino slot machines to its portfolio. Its digital assets include TooFab.com, TMZ Sports and mother-ship site TMZ.com.

In announcing the deal close, Fox said it plans to mobilize TMZ across its station group, free, ad-supported streaming outlet Tubi and other platforms.

Fox Television Stations’ in-house syndication division, Fox First Run, will oversee all program sales, marketing and affiliate relations for TMZ and TMZ Live, effective immediately. The two programs have been renewed through 2022-23, with TMZ cleared in 99% of the country this coming season and TMZ Live cleared in 72% of the U.S.

Levin, in continuing to oversee day-to-day operations for the brand, will report to Rob Wade, Fox Entertainment’s president of alternative entertainment and specials. TMZ was founded in 2005 by Levin and the late Jim Paratore.

“The unique and powerful brand Harvey has created in TMZ has forever changed the entertainment industry and we’re excited to welcome them to Fox,” said Fox Corp. CEO Lachlan Murdoch. “TMZ has been an impactful program for our Fox television stations and broadcast partners for many years and I know Jack Abernethy and Charlie Collier will find creative ways to utilize and expand this content in effective and compelling ways for our audiences.”

Collier, CEO of Fox Entertainment, said, “When I see a breaking celebrity-related story that is equal parts shocking, fun and addictive, I know it’s TMZ.” He added, “We see great potential in building upon this franchise by adding new creative ventures with Harvey and everyone at TMZ. Here’s to Harvey, Charles and the team leaning over Fox cubicles for years to come.”

Channing Dungey, chairman of the Warner Bros Television Group, said the deal will enable TMZ to be “more closely aligned with the distributor of the popular content they create.” WarnerMedia, she added, “wishes Harvey and everyone on the team the best as they venture into a new partnership with the talented team at Fox.”

Levin, a former attorney who has become a signature on-air presence on TMZ’s syndicated shows, said the company “couldn’t be more charged” about the transaction.  Fox Entertainment is opening up a world of opportunities for TMZ to grow our current platforms and expand in every which way.”