Microsoft co-founder Bill Gates provides insight into the causes of the energy crisis in Texas on ‘Fox News Sunday.’

Bill Gates and his wife, Melinda, in a statement Monday, announced they calling it quits after nearly 30 years of marriage.

"We want to make people aware of a development in our lives. As our family and close friends know, after a long period of loving exploration and trial separation, we have decided to divorce and continue our shared lives as friends," read the statement signed by both of them.

Bill Gates is one of the richest individuals in the world, with a net worth estimated at $130.5 billion, according to Forbes. Throughout their 27 years as man and wife, the Gates would welcome three children: Jennifer, Rory, and Phoebe. The couple would also start their widely philanthropic Bill and Melinda Gates Foundation in 2000. 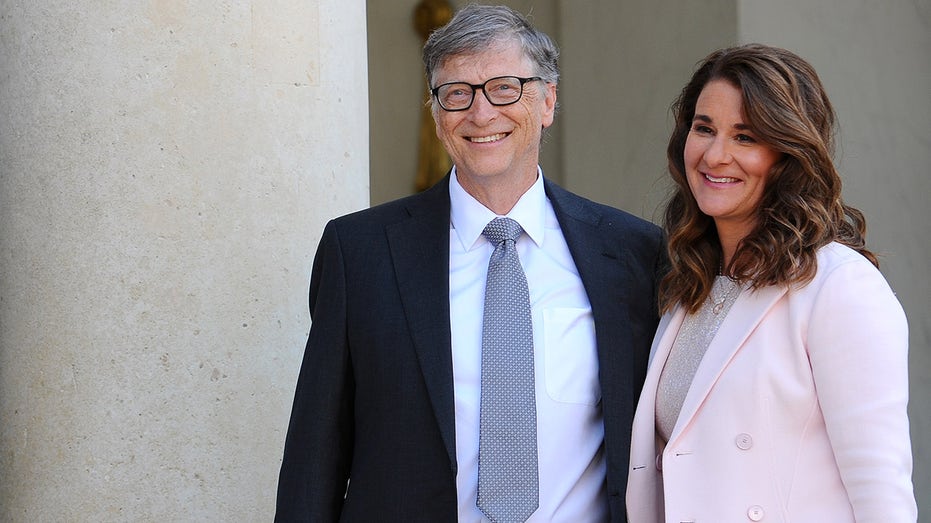 Bill and Melinda Gates pose in front of the Elysee Palace before receiving the award of Commander of the Legion of Honor by French President Francois Hollande on April 21, 2017, in Paris, France. (Photo by Frederic Stevens/Getty Images) (Getty Images)

Bezos finalized his divorce from MacKenzie Bezos in July 2019. Following the divorce, Bezos kept 75% of the Amazon stock he and his now ex-wife MacKenzie own, as part of the settlement agreement, reports said.

At the time, MacKenzie said Bezos would get her interests in the Washington Post and the space exploration company he founded, Blue Origin. She changed her last name to Scott in 2020.

"Grateful to have finished the process of dissolving my marriage with Jeff with support from each other and everyone who reached out to us in kindness, and looking forward to next phase as co-parents and friends," MacKenzie wrote in her first tweet. "Happy to be giving him all of my interests in the Washington Post, Blue Origin, and 75 [percent] of our Amazon stock plus voting control of my shares to support his continued contributions with the teams of these incredible companies. Excited about my own plans. Grateful for the past as I look forward to what comes next."

Jeff responded with a tweet of his own, thanking MacKenzie for her "support and kindness in this process."

News of the divorce first made headlines in January after Jeff tweeted that he and MacKenzie were dissolving their marriage after 25 years. After the settlement, Bloomberg reported that MacKenzie would be the fourth-richest woman in the world, walking away with at least $35 billion, according to calculations done by Fox News.

His personal wealth surpassed the $200 billion threshold this week, placing him firmly ahead of Tesla CEO Elon Musk in their ongoing battle for the title of world’s richest person.

Another high-profile split came in 2015 when Brin and 23andMe founder Anne Wojcicki divorced after eight years of marriage. The pair split in 2013, and reached a settlement for an undisclosed amount of money, Business Insider reported. As of Monday, Brin has a net worth of roughly $99 billion.

Brin co-founded Google with Larry Page in 1998 after the two met at Stanford University. He stepped down as president of Alphabet, the parent company of Google, in December 2019, but remains a controller shareholder and a board member.

In 2010, Steve and Elaine Wynn, the cofounders of the casino giant Wynn Resorts, divorced for a second time. The settlement dictated that Elaine receive 11 million shares, worth an estimated $795 million at the time.

Steve stepped down as CEO and chairman in February 2018 and has since sold all of his shares, Forbes reported. Elaine, meanwhile, is now Wynn Resorts' largest individual shareholder and is now worth $2.3 billion.