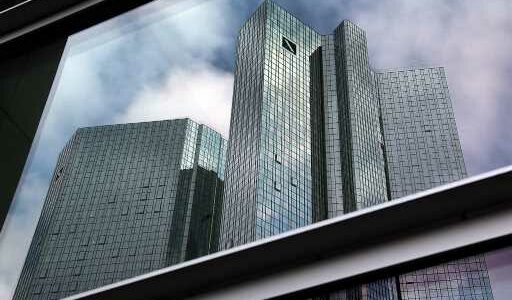 The German financial regulator BaFin has ordered Deutsche Bank to enact further safeguards to prevent money laundering, BaFin said on Friday, a blow to the nation's largest lender as it tries to repair its reputation.

In 2018, BaFin took the extraordinary step of installing the auditor KPMG as a special monitor at Deutsche to oversee progress on money-laundering controls.

It was the first time that the German regulator had made such an appointment and followed a series of money laundering lapses.

BaFin said in a brief statement that it wanted improved controls particularly regarding "regular customer reviews," applying also to correspondent banking and the monitoring of transactions.

The news comes on the heels of a good week for Deutsche. It posted its best quarterly profit in seven years – following years of losses – and its share price surged to the highest level in three years.

Deutsche Bank said in a statement that it was improving its controls but "we are also aware that there is still work to be done."

"The order is the result of a constructive supervisory dialogue with the BaFin and reflects that the bank continues to attach the highest priority to detecting and remedying possible weaknesses in control processes," Deutsche Bank said.

"We are working intensively to also comply with the new requirements within the given timeframe," Deutsche said.

Under the leadership of Chief Executive Officer Christian Sewing, Deutsche Bank has been trying to turn a new leaf by restoring profitability and its reputation after a string of misdeeds.

In 2017, Deutsche Bank was fined nearly $700 million for allowing money laundering. The fines stemmed from a scheme of artificial trades between Moscow, London and New York that authorities said were used to launder $10 billion out of Russia. The U.S. Department of Justice is still investigating the case.

Last year, Deutsche Bank was also sanctioned by New York regulators for ignoring warning signs while processing billions of euros of payments for Danske Bank, whose Estonian branch was embroiled in a money-laundering scandal.

BaFin said in a separate emailed statement that it sought to "bring about sustainable improvements in money laundering prevention at Deutsche Bank."