London (CNN Business)AstraZeneca is pushing back strongly against criticism from EU officials over delayed deliveries of its Covid-19 vaccine.

In an interview with Italian newspaper la Repubblica on Tuesday, AstraZeneca CEO Pascal Soriot said the company had agreed to make its “best effort” to deliver the doses EU countries had ordered but was not contractually committed to a schedule.
Soriot also told the newspaper that countries such as the United Kingdom were quicker than the European Union to finalize their orders, meaning the drugmaker was unable to give the bloc an iron-clad commitment on its delivery schedule. The “head start” also gave AstraZeneca’s operation in the United Kingdom more time to resolve the kind of supply chain issues that are now affecting EU deliveries, the CEO said.

“We’ve had also teething issues like this in the UK supply chain. But the UK contract was signed three months before the European vaccine deal. So, with the UK, we have had an extra three months to fix all the glitches we experienced. As for Europe, we are three months behind in fixing those glitches,” he said. 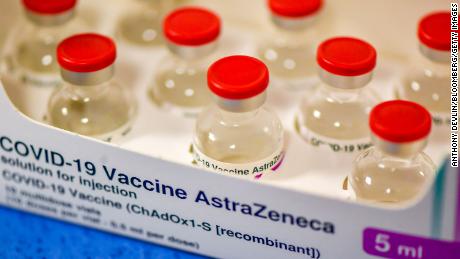 The European Union said earlier this week that AstraZeneca “intends to supply considerably fewer doses in the coming weeks than agreed and announced.” EU officials are worried that a slower rollout could threaten the bloc’s recovery from pandemic, just as it was trying to assess the impact of Pfizer (PFE) delivering fewer doses of the vaccine it developed with BioNTech than planned last week.

EU officials are now threatening to tighten controls on vaccine exports, and Italy has warned that it could take legal action. European Commission President Ursula von der Leyen turned up the heat on the pharmaceutical companies on Tuesday, saying the bloc “means business.”
“Europe invested billions to help develop the world’s first Covid-19 vaccines, to create a truly global common good. And now the companies must deliver. They must honor their obligations,” she said during a virtual meeting of the World Economic Forum.

Soriot set out his defense in the interview with la Repubblica and other major European newspapers.
The CEO acknowledged that AstraZeneca (AZN) has experienced problems at one large manufacturing facility in Europe. He said the early phase of vaccine production is often “complicated,” and the company is “basically two months behind” where it wanted to be.
“Would I like to do better? Of course. But, you know, if we deliver in February what we are planning to deliver, it’s not a small volume,” said Soriot. “We are planning to deliver millions of doses to Europe, it is not small.”
The European Union has ordered 300 million doses of the AstraZeneca vaccine, which could be approved for use as soon as this week, with an option to purchase an additional 100 million. In a statement on Wednesday, AstraZeneca said it would supply “tens of millions of doses” in February and March once the vaccine is approved for use in the European Union.
But in his interview with la Repubblica, Soriot also outlined crucial differences in the agreements the company has with the United Kingdom and the European Union.
“The contract with the UK was signed first and the UK, of course, said ‘you supply us first,’ and this is fair enough,” he said. Three months later, when the European Union wanted to be supplied “more or less at the same time” as the United Kingdom, AstraZeneca was not able to make that commitment.
“Our contract [with the European Union] is not a contractual commitment. It’s a best effort. Basically we said we’re going to try our best, but we can’t guarantee we’re going to succeed. In fact, getting there, we are a little bit delayed,” he said.
AstraZeneca said in its statement that it has built more than a dozen regional supply chains to produce its vaccine, collaborating with over 20 partners in more than 15 countries.
“Each supply chain was developed with input and investment from specific countries or international organizations based on the supply agreements, including our agreement with the European Commission,” the company said.
“As each supply chain has been set up to meet the needs of a specific agreement, the vaccine produced from any supply chain is dedicated to the relevant countries or regions and makes use of local manufacturing wherever possible.”

EU vaccine efforts received a boost on Wednesday when French drugmaker Sanofi (SNY) said it would manufacture 125 million doses of the Pfizer/BioNTech vaccine for distribution in the bloc, with deliveries starting in summer 2021.
But European governments are demanding answers over delays, pointing out that the success of their vaccination efforts is dependent on the private sector.
“On the one hand we can only welcome the result of science, and on the other hand they have a monopoly and we are totally dependent,” Belgian Health Minister Frank Vandenbroucke said on Saturday. “There may be production issues, but these uncertainties and announcements make it very difficult to organize the campaign.” 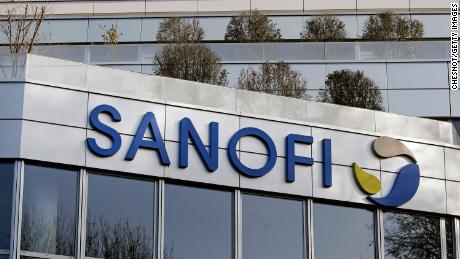 EU Health Commissioner Stella Kyriakides said on Monday that the bloc would now demand “full transparency concerning the export of vaccines” from the European Union.
“In the future, all companies producing vaccines against Covid-19 in the EU will have to provide early notification whenever they want to export vaccines to third countries. Humanitarian deliveries are of course not affected by this,” she said on Twitter.
German Health Minister Jens Spahn said that the controls were not about putting the “EU first” but about making sure Europe got its fair share.
“In my view it makes sense that we have an export limit, meaning that vaccines which leave the European Union have a license so that we know what is being produced, what is leaving Europe, where it is leaving so that there is a fair distribution,” he told German broadcaster ZDF.
Soriot said he understood the frustration.
“Governments are under pressure. Everybody is getting kind of a bit, you know, aggravated or emotional about those things. But I understand because the Commission is managing the process for the whole of Europe,” the CEO said.
“As soon as we can, we’ll help the EU,” he added.

The European Commission did not immediately respond to a request for comment on Soriot’s interview.
— Saskya Vandoorne contributed reporting.
Source: Read Full Article